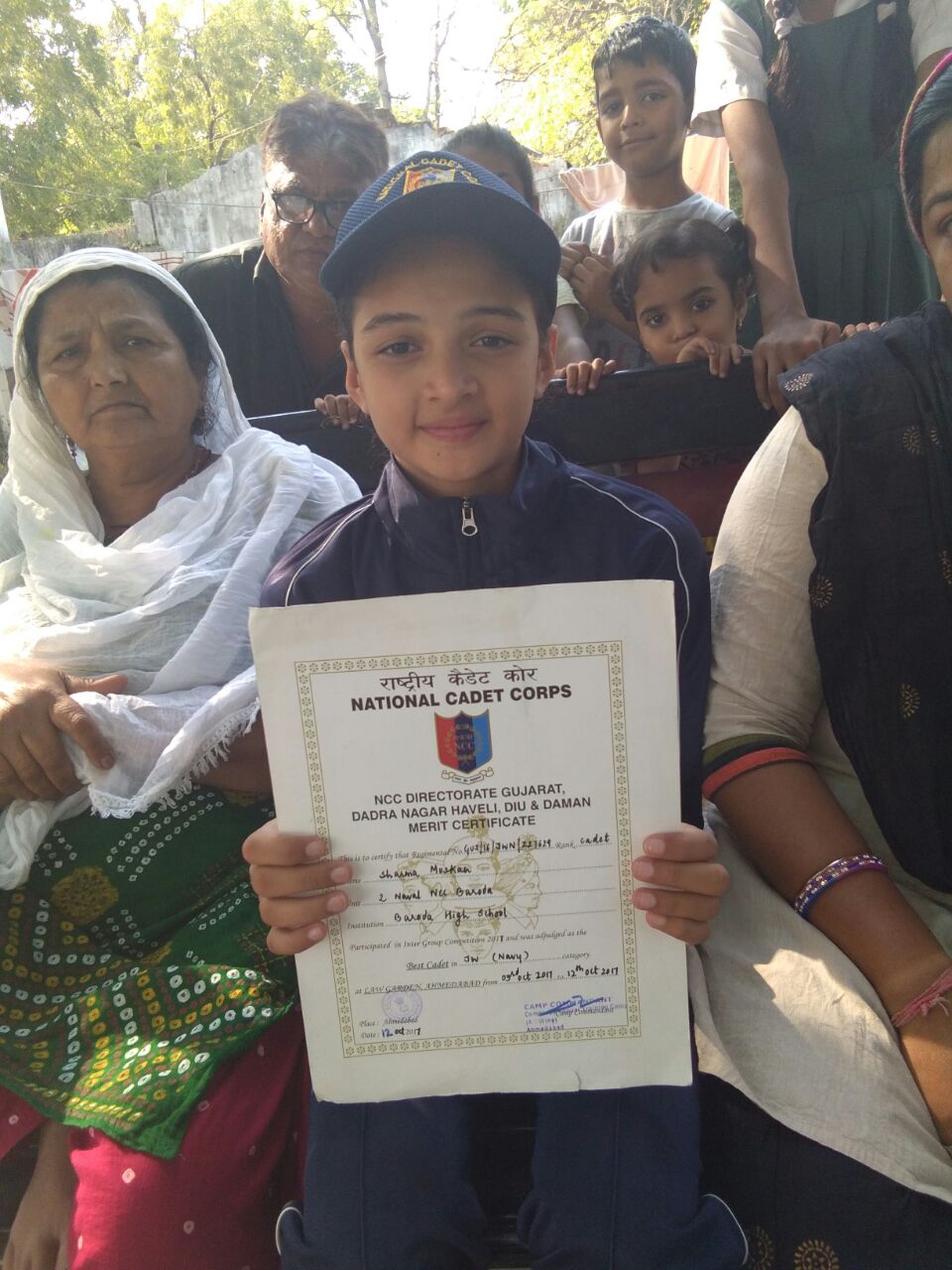 It’s a proud moment for the Sharma family in Vadodara as their daughter Muskaan will represent the city at the 26th January Republic Day celebration. She will be taking part in the parade after came first in the NCC cadre parade organised in Ahmedabad.  Daughter of a driver she wants to become a IPS officer in future.

Muskaan is the only daughter of Apurva Sharma and Sheetal living in Priyalaxmi Chawl in the city. Apurva is a driver by profession but never compromise in the studies of his daughter. Muskaan is studying in 9th standard of Baroda High School Alkapuri a English medium school. 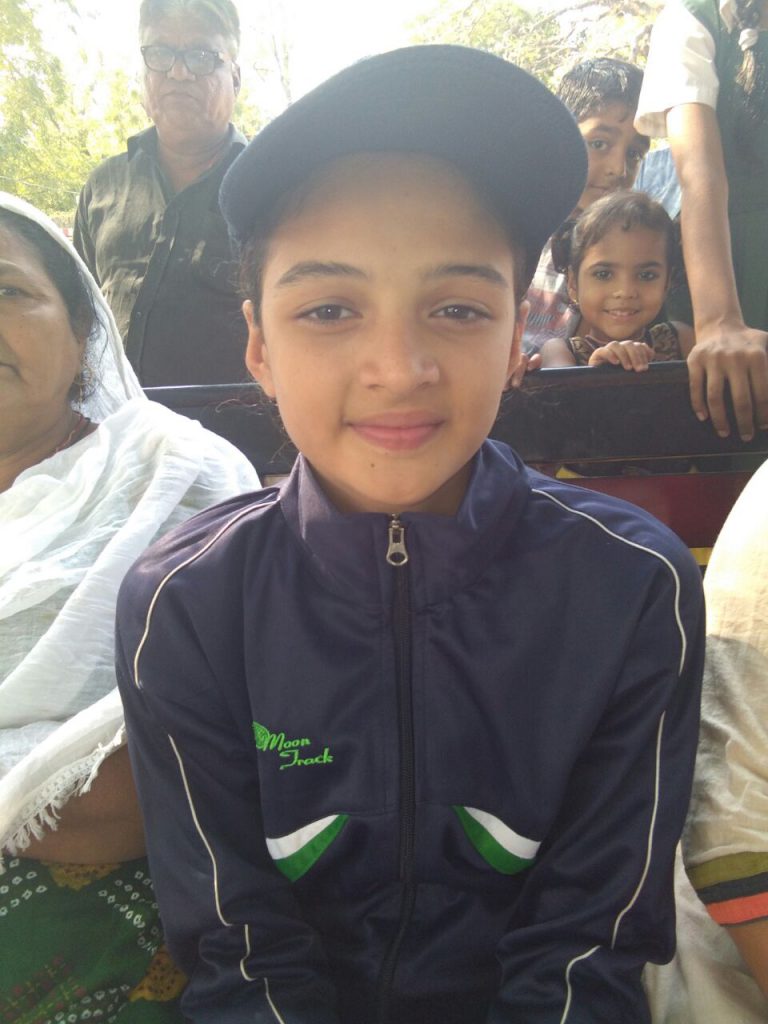 Muskaan choose NCC instead of sports as she wants to become an IPS officer in future and NCC is like a first step towards it. Secondly the cost is not affordable for her father if she choose sports as a career. Her father is supporting her decision of becoming an IPS officer and she will fulfill her parents dreams.

An emotional father Apurva Sharma said Muskaan is her only daughter and her dreams are of his. He will do more hardwork to fulfill her daughter’s dream and he and his wife wish to see Muskaan wear the uniform. The local people also supports Muskaan and feel proud of her.