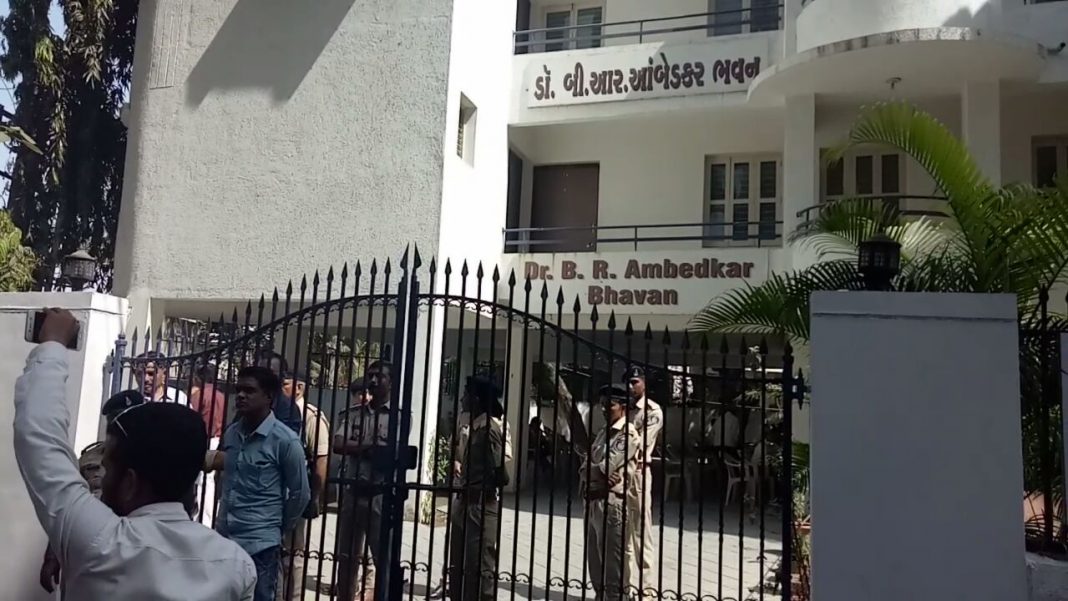 SC ST leaders and members gathered at Ambedkar Bhavan in Vadodara on Monday protesting against giving special benefit to one caste. The protest was against putting a name plate of Vankar Samaj from Mehsana beneath the statue of Dr. Babasaheb Amedkar.

On Monday the dalits reached Ambedkar Bhavan in Alkapuri area of Vadodara city and raised their protest against the name plate of Vankar Samaj of Mehsana beneath the Ambedkar statue. They said Dr. Babasaheb Ambedkar is for all and mentioning one caste is not acceptable. They clashed with police after the police closed down the gates of the bhavan and don’t allow them to get inside.

One of the leaders Dhamo Vinay said they raised their protest and request to remove the plate from there or else they will remove it on their own.

With the protest Dr. Jivraj Chauhan State President BJP – SC Morcha reached the spot and said the whole thing is planned by the Congress for their own benefit. He said the Mehsana Vankar Samaj give donation of 1 lakh and hence their name plate is there at the statue as per the tradition. But the Congress is hatching conspiracy and making a issue out of it.