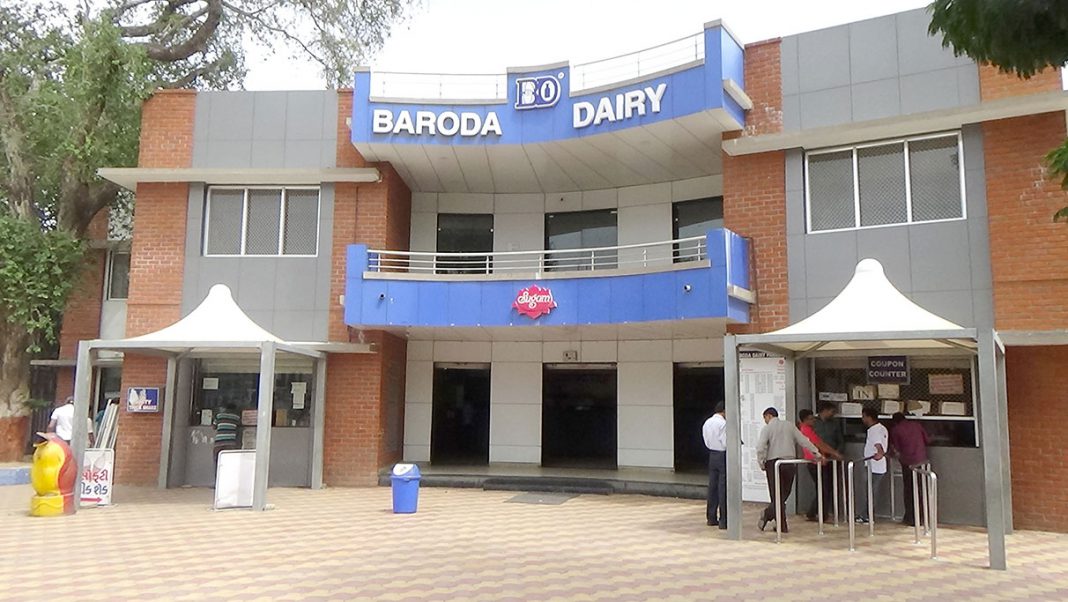 In order to stay in the ever increasing competition among the dairies in Gujarat, Vadodara dairy on Monday declared highest ever rates for the milk producers associated with them. Not only that they also declared increase in commission for the dealers selling their products. They claimed to be give highest rate now among all other federations in Gujarat.

Vadodara dairy management declare to raise the rates for the milk producers associated with them. They also raise the commission of the dealers with a increase 13 to 15% from the existing. The idea is to stay in contention with the ever increasing competition in the dairy sector in Gujarat.

As per the recent increase the Vadodara Dairy increase 70rs in rates of Kilo Fat 6 and 9 SNF powerful quality milk for the producers. They also increase the rates in second and third grade milk rates and in the 4th grade the rates are similar to the Amul.

Vadodara Dairy also increased the rates for the dealers and now give 50 paisa commission per pouch to them from the earlier rate of 26 paisa. Secondly they also increase the commission to 13 to 15% from the existing rates in selling other dairy products.