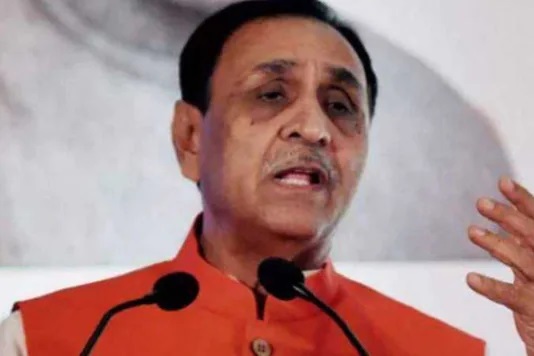 CM Rupani held a meeting and asked the officials of coastal districts in the state to remain alert and take necessary safety measures, a minister said.

Officials have predicted that the possible cyclonic activity in the east-central Arabian Sea would bring thunderstorms in the coastal region of the state, including Saurashtra and south Gujarat region.

However, there is no immediate warning that the cyclone, if formed, would hit Gujarat.

"In view of the possible cyclonic storm, which would be named as cyclone Tauktae, the chief minister gave necessary instructions to the officials," Minister of State for Home, Pradeepsinh Jadeja, told reporters in Gandhinagar.

It has been predicted that the cyclone, if formed, would affect Gujarat's coastal belt of Saurashtra and Kutch region. Therefore, the chief minister has instructed the administration to take all the necessary steps to ensure the safety of people, he said.

"State Revenue Department has also instructed all the district collectors concerned to take necessary measures as per COVID-19 protocols" he added.

The chief minister asked the officials of coastal districts to remain alert in view of the IMD's prediction.

It may intensify into a cyclonic storm over east- central Arabian Sea around May 16 and continue to move north-northwestwards, it said.

Assistant director of Ahmedabad Met Centre, Manorama Mohanty, said, "The possible cyclonic activity in the Arabian Sea would bring light thunderstorm and surface wind gusting up to 30 to 40 kmph at isolated places in coastal districts of Gujarat, including those in Saurashtra and south Gujarat region, for the next two-three days."