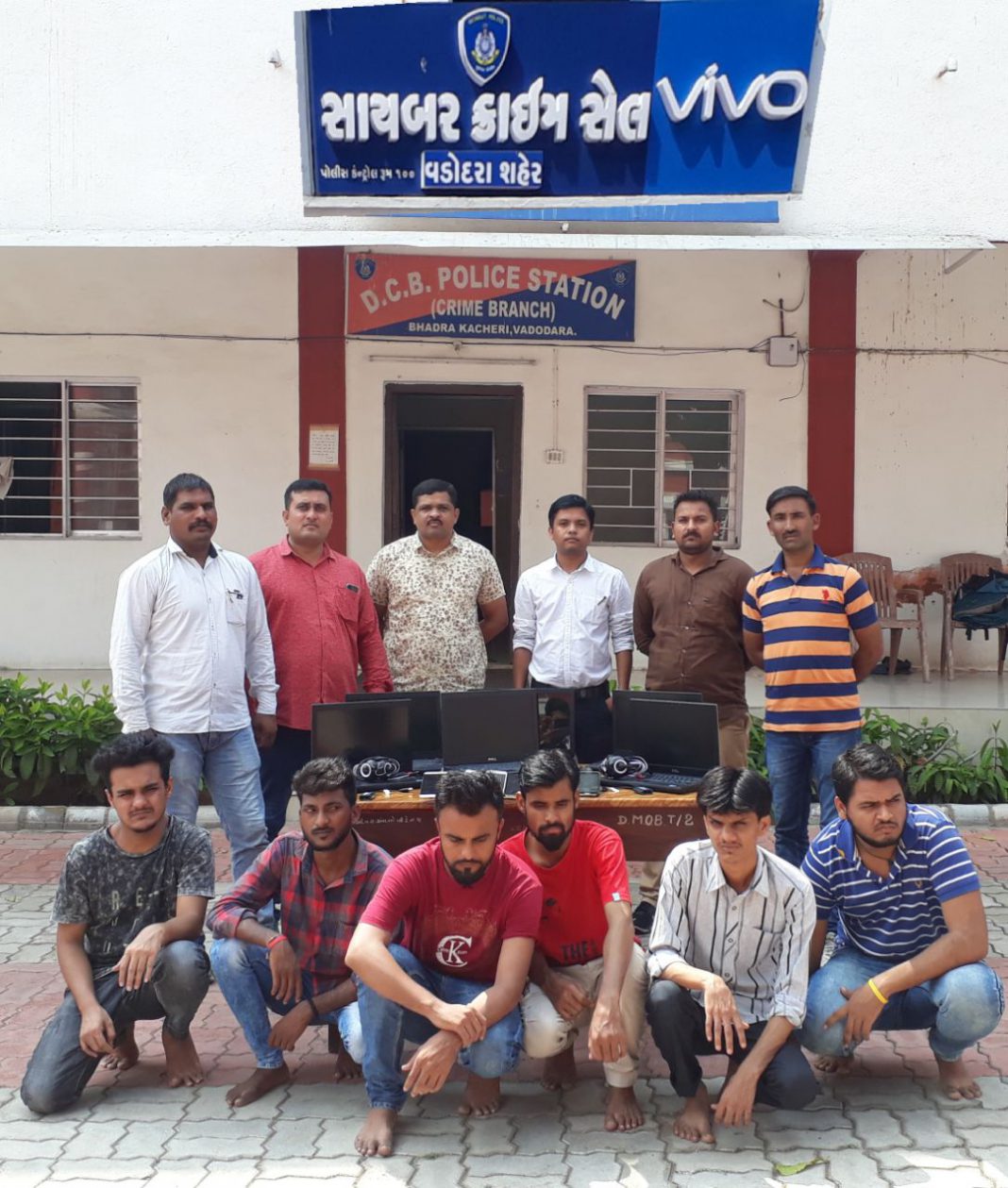 Vadodara crime branch cyber cell arrested six persons for cheating in the name of providing loan to the needy ones. The accused called the loan seekers and transfer money in their accounts pretending to be providing loans against them.

All the arrested are working on salary by the call center owner Krunal Rai and Sohail Ansari both from Ahmedabad. The arrested employees on the directions of both the owners called the loan seekers in the name of GE Capital and E Loan American companies. They used the Magic Jack and IB named calling applications and transferred money from Moneygram and Western Union from the loan seekers pretending to be providing loan to them. The accused transferred the money and cheated the people for not providing any loans to them.

During the raid the police recovered mobiles, eight telephones, 15,390 cash, 8 laptops, seven headphone, one modem and router each, three magic jack device, script written papers total of 1.78 lakhs from the spot. They booked the accused under IPC 406, 420, 120 B and register the offence.

The accused arrested are Amir Pathan, Vilas Somya, Shivkumar Yadav, Shahrukh Khichi, Rahul Prajapati and Sajid Pathan all from Ahmedabad and booked for the offence.