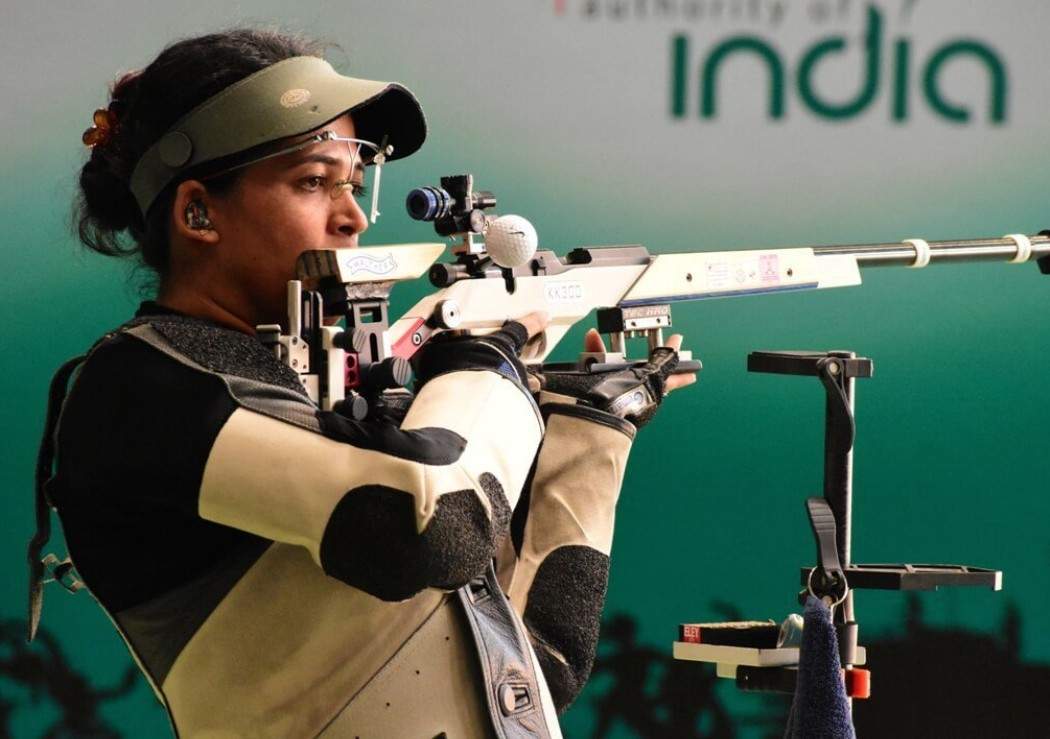 Sawant notched up a score of 618.9 points. Martina Lindsay Veloso of Singapore set a new CWG record of 621.0 to win gold.

Anjum Moudgil, the other Indian in the fray, produced a disappointing performance. She scored 602.2 to finish 16th in the field of 20 competitors.

Sawant did not have a great start, lying joint seventh along with McIntosh after the first series with 102.1.

She performed consistently in the subsequent series to gradually climb up the standings.

At the other end of the standings, the off-colour Anjum ran into trouble right at the start. She scored 98.3, 98.9 and 97.9 in the first three series to crash out of medal contention.

Anjum did better in the later stages, scoring an identical 101.8 in the next two series before closing off a forgettable outing with 103.5.