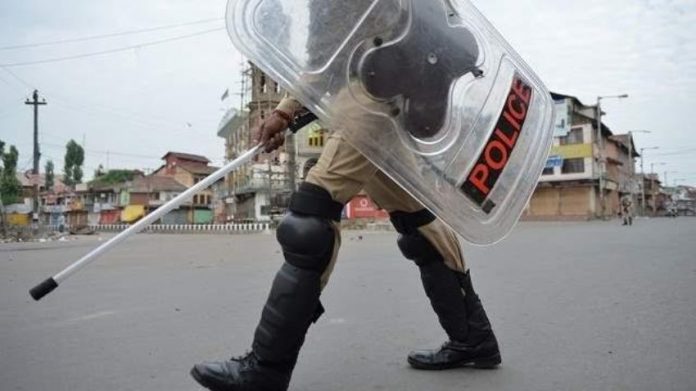 [:en]Curfew and restrictions continued in parts of Kashmir on Monday for the 31 consecutive day.

The curfew continues in towns of Anantnag, Kulgam, Shopian and Pulwara. Restrictions  are continued in old city areas of Srinagar, north Kashmir’s Sopore, Baramulla, Handwara and Kupwara towns, according to media
reports.

Education institutes, business establishment and public transport remained suspended for over a month on Monday.

A total of 55 people have died and over 3,000 others including security personnel injured in the ongoing unrest that started on July 9, a day after Hizbul Mujahideen commander Burhan Wani was killed.[:]