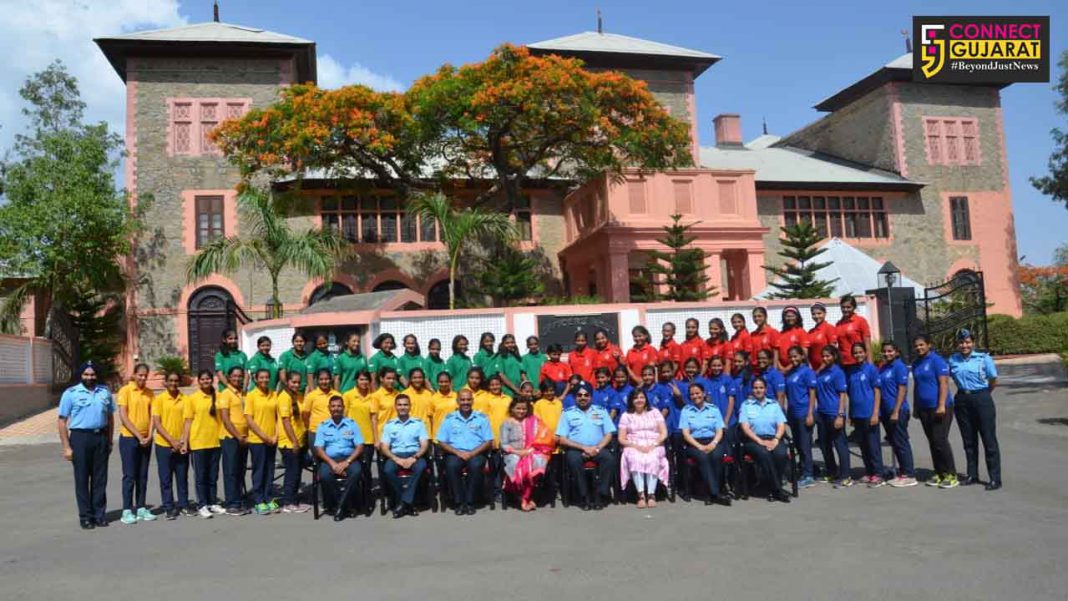 Air Force Wives Welfare Association (Regional) South Western Air Command conducted two adventure camps for wards of Air Force  personnel from 18 and 30 May 2019.  Total 105 children participated in the camps aimed at inculcating IAF core values and spirit of adventurism in eco-friendly manner amongst the participants amidst the Aravalli hills.

Each of the five days camp was bliss for the campers in the lap of nature. Adventure packed activities started with Leap of Faith which includes Trekking, Parasailing, Rappelling and many other activities. Competitions like tent pitching, Colouring, Best out of Waste, Mini-marathon and treasure hunt were also conducted. Yoga and aerobics formed a part of daily routine for the participants.

Lecture on various aspects like first aid, fire fighting, road etiquette and safety, personality development were also given to the participants as part of the camp curriculum. Campers were also acquainted with exquisite local Flora and Fauna of Mount Abu.

Air Marshal Arora praised the campers for their enthusiastic participation in all the camp activities and motivated them to keep up the zeal and josh high. He exhorted the campers to apply the knowledge gained during the camp in all walks of life. He also lauded the hard work put in by all personnel of Air Force Station Mount Abu in successful conduct of the adventure camp.