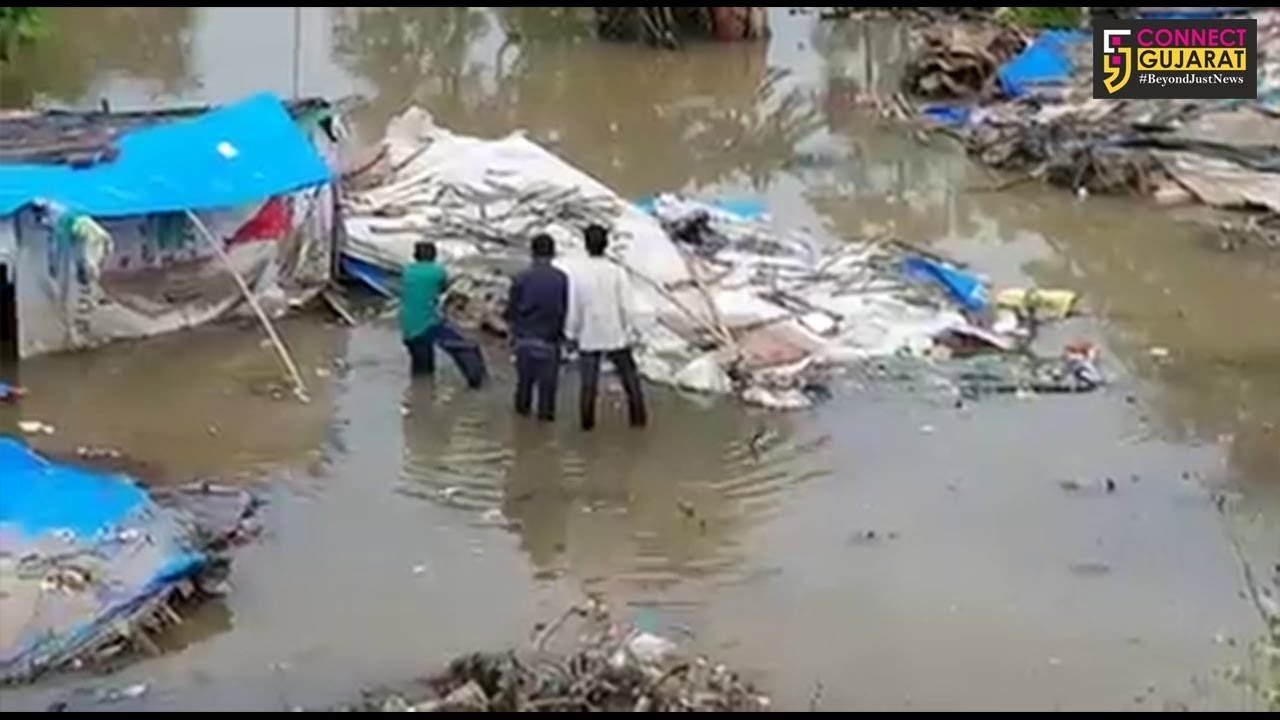 As many low lying areas waterlogged in the recent torrential rains in Vadodara the animals like Crocodiles are coming out from their natural habitats and strayed inside the residential areas.

After rescued a small crocodile from residential Rajstambh society on Thursday the forest department rescued one more from Ganesh Nagar slum.

The crocodile big in size sit on the terrace of one hut as the whole area is submerged in flood. The forest department received the call from the area and reached the spot to rescue the crocodile.

However later the crocodile was later rescued from the spot.