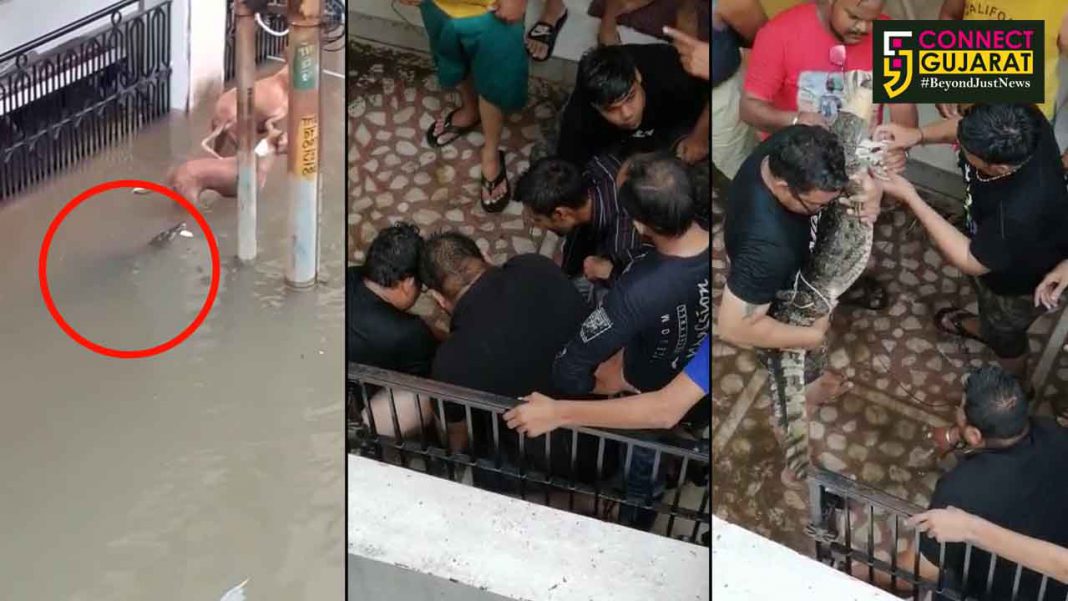 Its shocking visuals for the residents of waterlogged Rajstambh society in Vadodara as a Crocodile entered inside in the flood waters. The count increased and reached to four crocodiles and the scared residents called the Wildlife Rescue Trust and they caught it around afternoon.

Crocodile entered inside residential area in Vadodara
1 of 6

Pushpak Kotiya from the trust said they received the call about the presence of four crocodiles inside the Rajstambh society strayed from the pond near Kashivishwanath temple. The water makes it tough for their team to caught the crocodile but finally they managed to trap it after the croc came near the house.