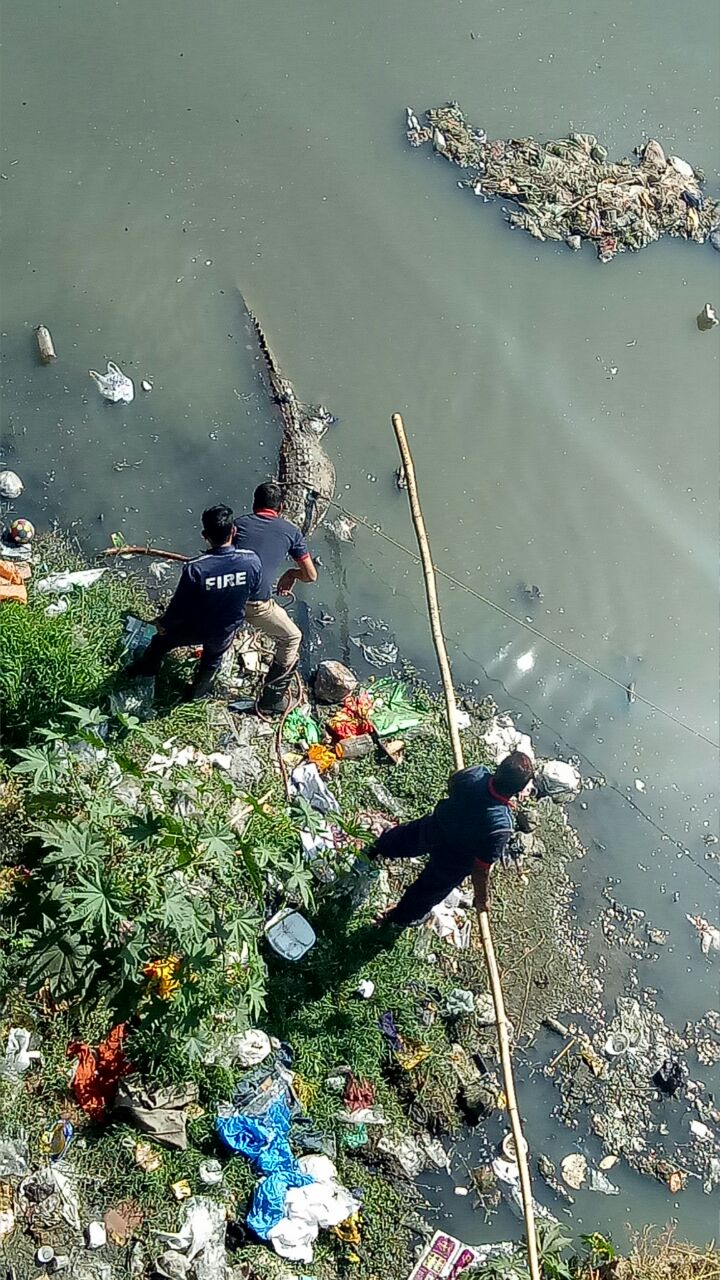 Vadodara Fire brigade team fished out the carcass of a crocodile from Vishwamitri river near Kalaghoda on Thursday. The spot is home to crocodiles and one can often see them rest on the banks of the river.

As per the details the fire brigade received a call about a carcass of a crocodile floating in the river near Kalaghoda. They reached the spot and after lots of effort fished out the carcass.

As the news spread people gathered at the spot in curiosity and also above the Kalaghoda bridge over Vishwamitri river.