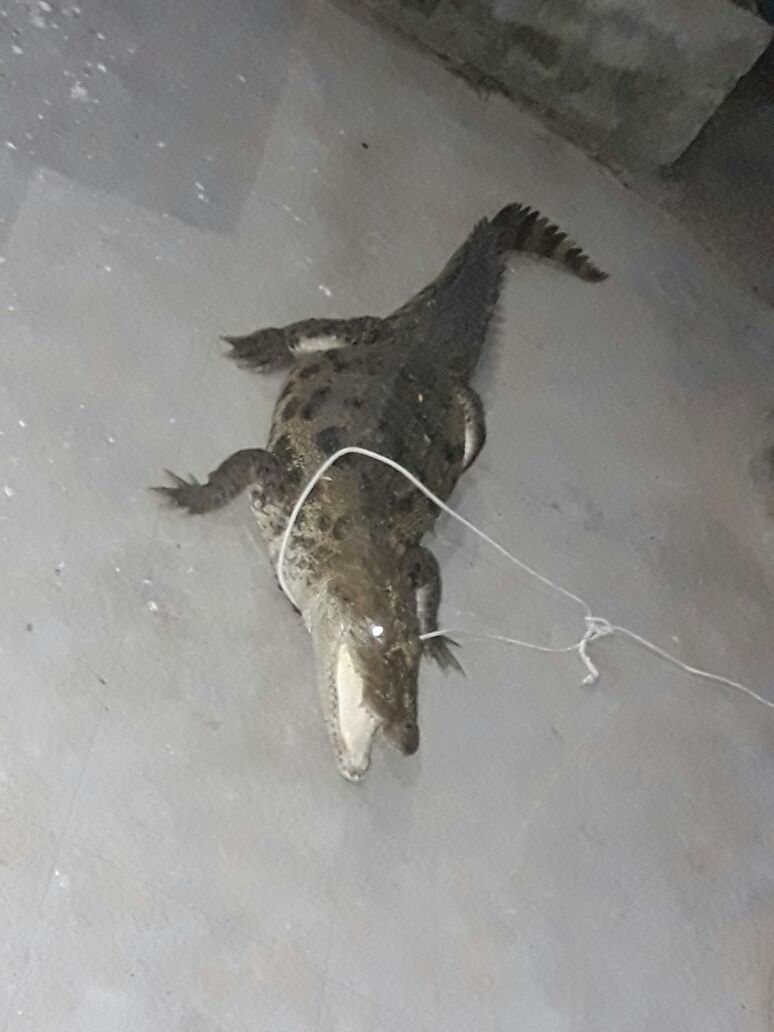 Its a horific sight for the residents of Saideep society near Harni airport Vadodara after they saw a crocodile under the car. The crocodile was 4.5 foot in size and strayed inside the society. The volunteers of the GSPCA later caught and handover it to the forest department.

As monsoon is still around and the city recieves brief spells of rains the incidents of crocodile and snakes straying inside societies is a common thing. The residents of Saideep society near Harni airport shocked to see a crocodile resting under a vehicle. As it is big so someone informed the GSPCA and they sent their volunteer and rescued it.

“We recieved a call from a resident around 11.30 in the night about a crocodile under the vehicle. I immediately sent one of the volunteer to rescue it and also informed the forest department as per the procedure. My volunteer reached there but due to the size of the crocodile he called me and said that he tried to stop the crocodile with the help of a rope and wait until the forest team reached. However as the people gathered there find hard to control the crocodile and finally caught it and handover to the forest department later on reaching there,” said Raj Bhavsar from GSPCA.

People gathered at the spot to have a look at the crocodile which strayed inside their society for the first time. The crocodile is 4.5 foot in size and adult one from the species called fresh water mass crocodile.