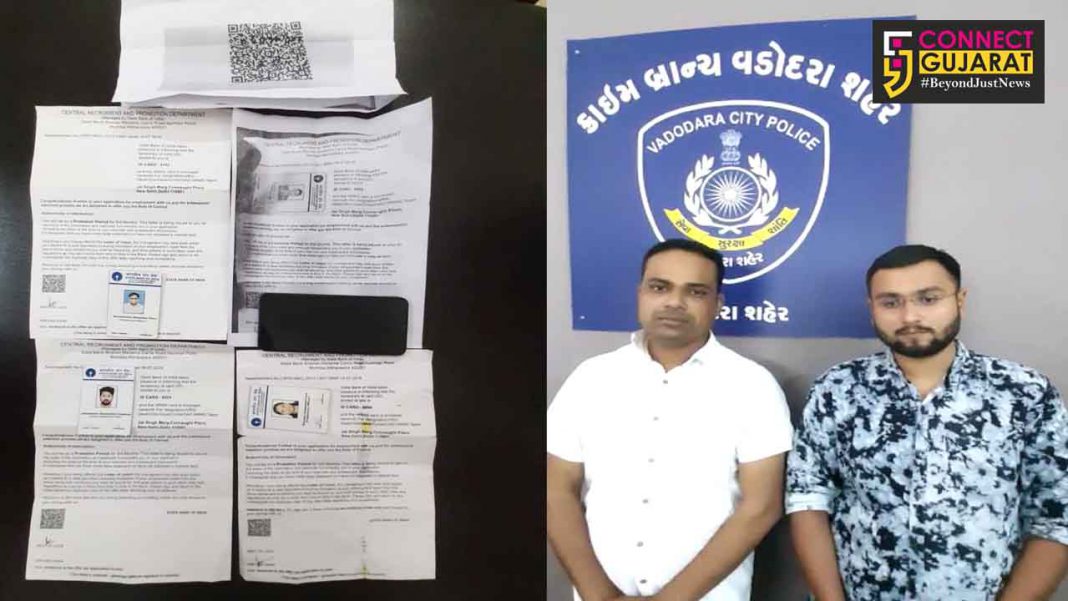 Vadodara police caught two members of a gang for cheating people in the name of giving them job in the State Bank of India. The gang cheat unemployed people to the tune of 35.50lakhs lure them to provide jobs.

As per the crime branch officials one accused Hrishikesh Vinayak took two lakhs from a person promised him to provide job in the SBI. He also showed a duplicate call letter on his mobile and collected another 6.50lakhs from him. His associate Ritesh Rao gives him a duplicate SBI card and another associate Umeshchandra Pandya provide the call letter and cheat him.

The youth was on cloud nine after the call letter but later he came to know about cheated by Hrishikesh Purohit and his associates and as soon as he reached the branch. He gives a complaint in the crime branch and based on that the team arrested Hrishikesh Purohit and Umeshchandra Pandya and recovered three duplicate SBI call letters from them along with the mobiles.

The hunt is on to nab the remaining Ritesh Rao and Bhuj resident Atul Rathod. The police team also tried to recover the 35.50lakhs cheating amount collected by the accused.