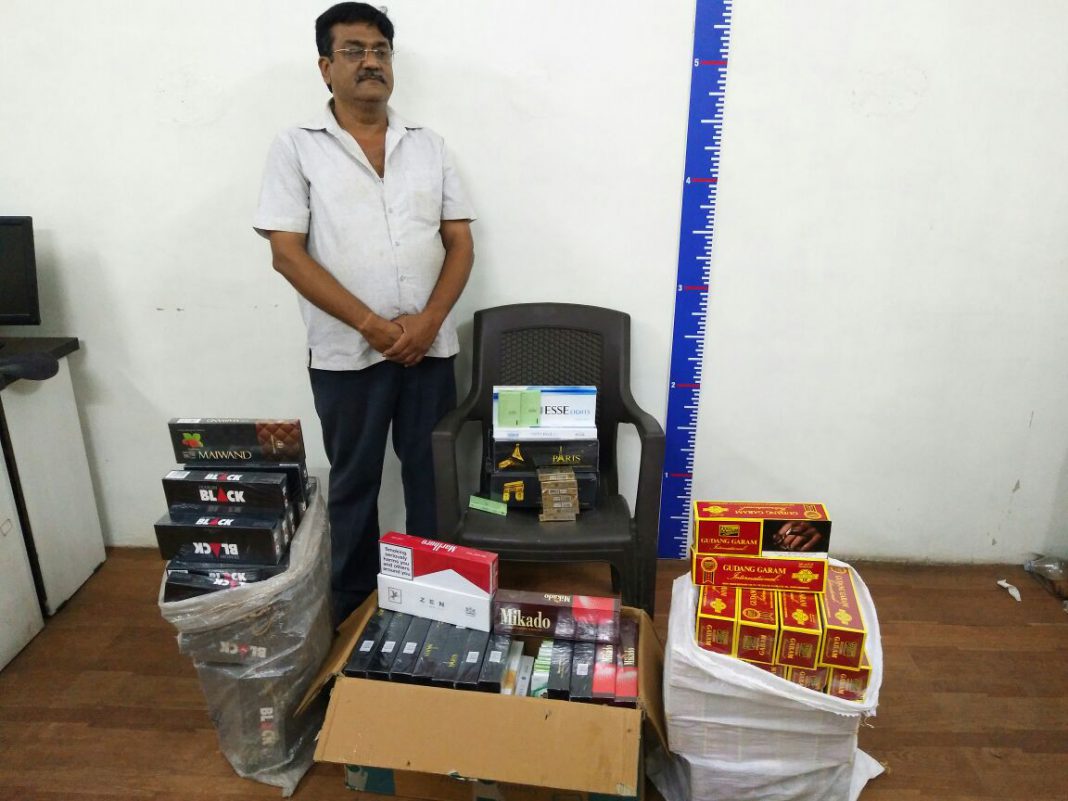 Vadodara crime branch team arrested two accused for selling foreign made cigarettes without any statutory warning pictures on it. The team based on the information reached Jay Store in Khanderao market area and after investigation found the shop owner indulged in the illegal selling of the cigarettes.

During investigation the crime branch team came to know that the shop owner Dayal Parmanand Bharwani from Makarpura area stocked the foreign made cigarettes without having any health related statutory warning pictures on them. Police recovered different brands of cigarettes like Back, Gudang Garam, Paris Mond, Brill, Mewand, Mikoda, Marlboro and others produced in countries like Indonesia, American, Korea, England, Switzerland. The team also don’t found any legal bills for the cigarettes and seized the packets worth around 87,000 and booked the store owner. 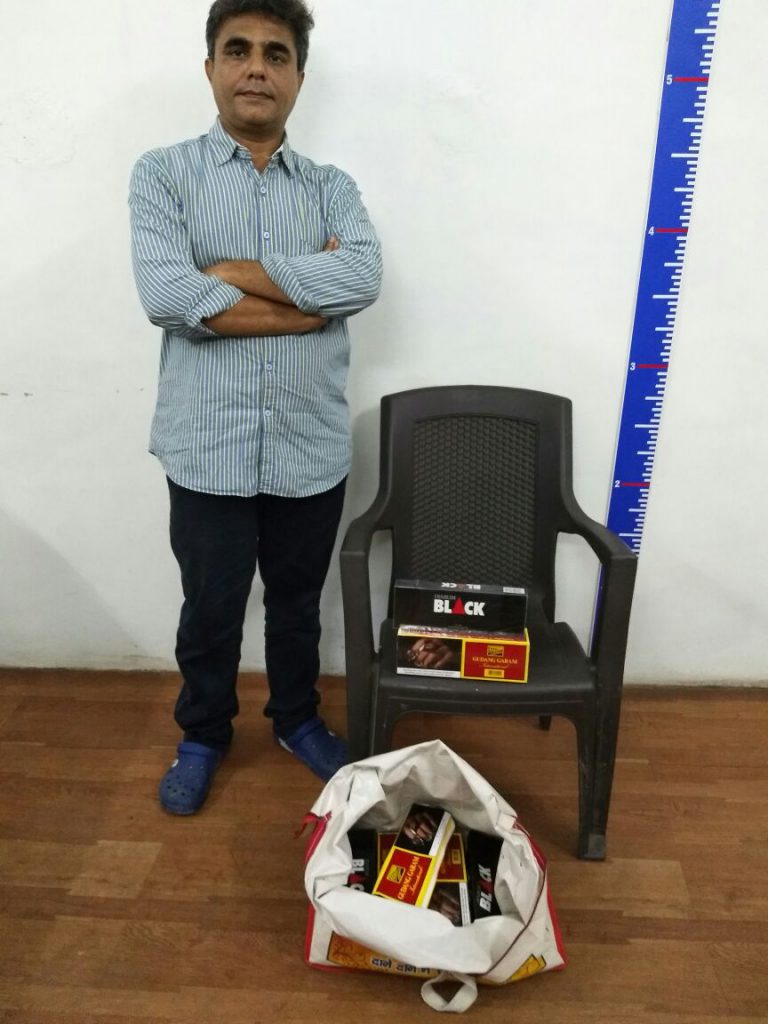 After that the team checked Deep Sales named shop at Khaderao market area and seized the Black Cove and Gudang Garam International brands of cigarettes produced in Thailand. There also the team don’t found any proper bills of the cigarettes and there were no statutory warnings on the boxes. Police arrested the shop owner Nilesh Vasani and further investigating. Vasani was earlier arrested in Raopura police station for kept the same cigarettes with him.