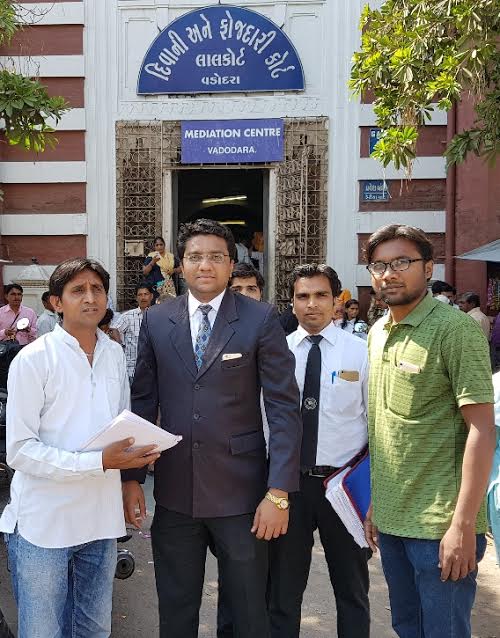 Vadodara court under CRPC 210 ordered the investigation officer to submit his report in 45 days in the matter of Shahrukh Khan film promotion at Vadodara railway station. On 23rd January Shahrukh Khan reached Vadodara in the train as part of his film promotion and during the stempede one person died and several injured. After the incident the railway police is investigating the case and on 20th February youth congress member Jitendra Solanki filed a case in the court.

Vadodara Youth Congress member Jitendra Solanki filed a case against film star Shahrukh Khan through his advocate Junaid L. Saiyed in the Judicial Magistrate court. They demand to register the FIR against the filmstar which they alleged till date is not registered by the police.

After that the railway police conduct inquiry in the matter and served notice to the accused. However the Youth Congress demand strict action against the filmstar and filed a case in the Vadodara court.

But the complainant said that they are not satisfied with the proceedings and filed the case in the court. On Thursday the Judge passed a order and asked the investigating officer to submit his report in 45 days time.

“Judicial Magistrate First Class Priyanka Lal passed the order under CRPC 210 and asked the investigating officer Tarun Barot to report in 45 days in the matter of Shahrukh Khan. Its a positive step and we hope the culprits be punished,” said Juned Saiyed.