A couple quest to raise funds for the cause of education

Ajay Varghese and Tracey the couple from Bangalore is on a mission to collect funds for building a school classroom in a remote area in Sikkim. Both passionate bikers decide to go on their first ever go around the country ride and dedicate it for the cause which many deprived of due to lack of […] 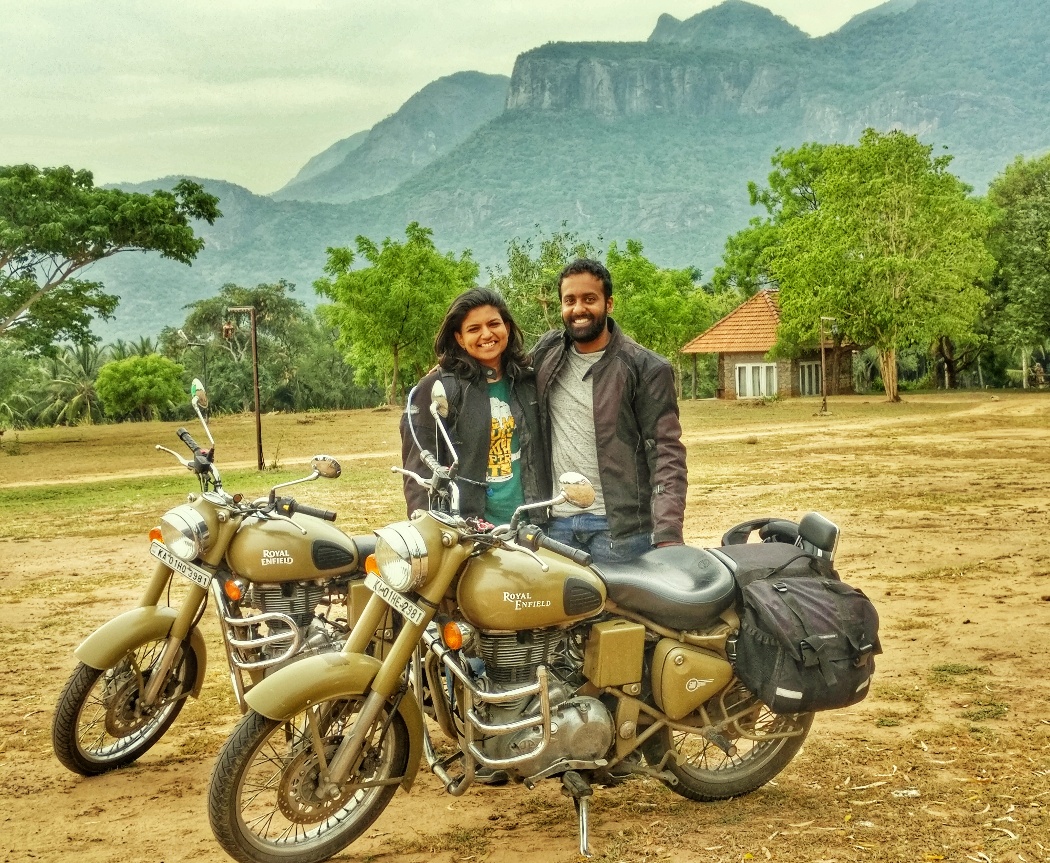 Ajay Varghese and Tracey the couple from Bangalore is on a mission to collect funds for building a school classroom in a remote area in Sikkim. Both passionate bikers decide to go on their first ever go around the country ride and dedicate it for the cause which many deprived of due to lack of infrastructure. 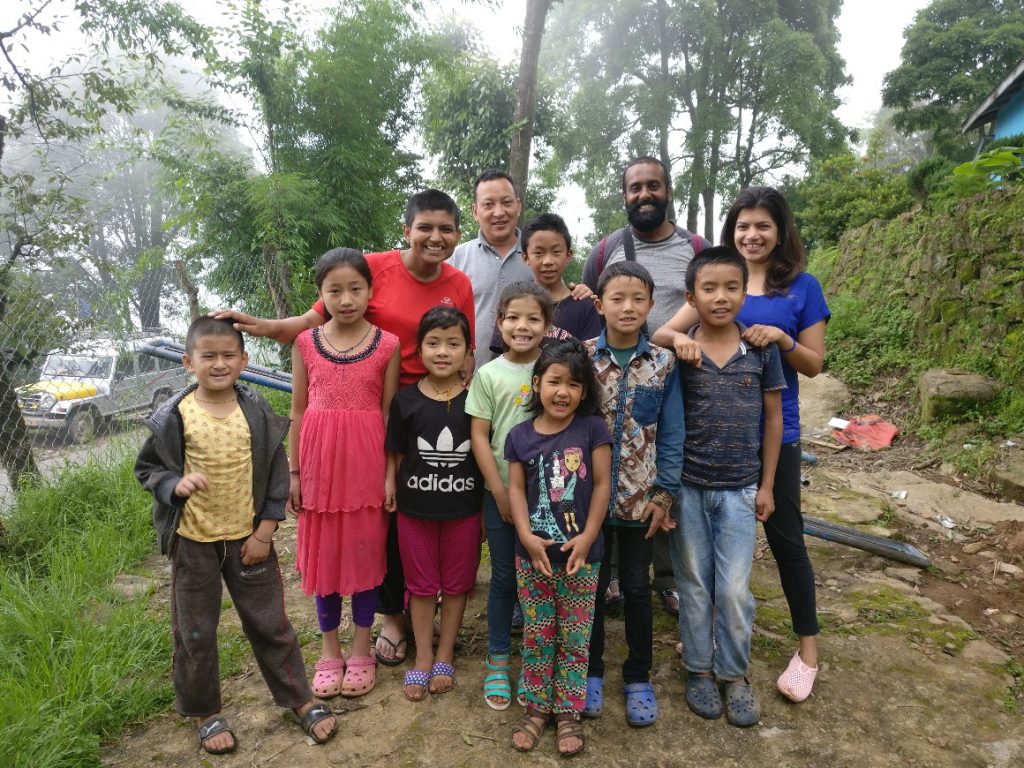 One a software engineer and another a programme manager in School Transform Programme, both of them decide to give their passion of riding associated with a cause. They explore many things and zero in the school in Sikkim where the students are deprived of a proper classroom. They decide to raise 5 lakhs for the school through online funding by the donors.

“We often went on riding in out free time and explore the things. However this time we decide to go on a ride all across the country and dedicate it for a cause. We get the information about the school called Sikkim Himalayan Academy a Pre run private school in Buriakhop. The school from LKG to 5th don’t have any classroom and in absence of that the students coming from the hilltops have to walk hours to reach the school. We decide to raise funds for the school to make proper classrooms so that the students can stay there as it’s a residential school and back to their homes during holidays,” said Tracey who along with her husband stayed there to experience the problems faced by the students. 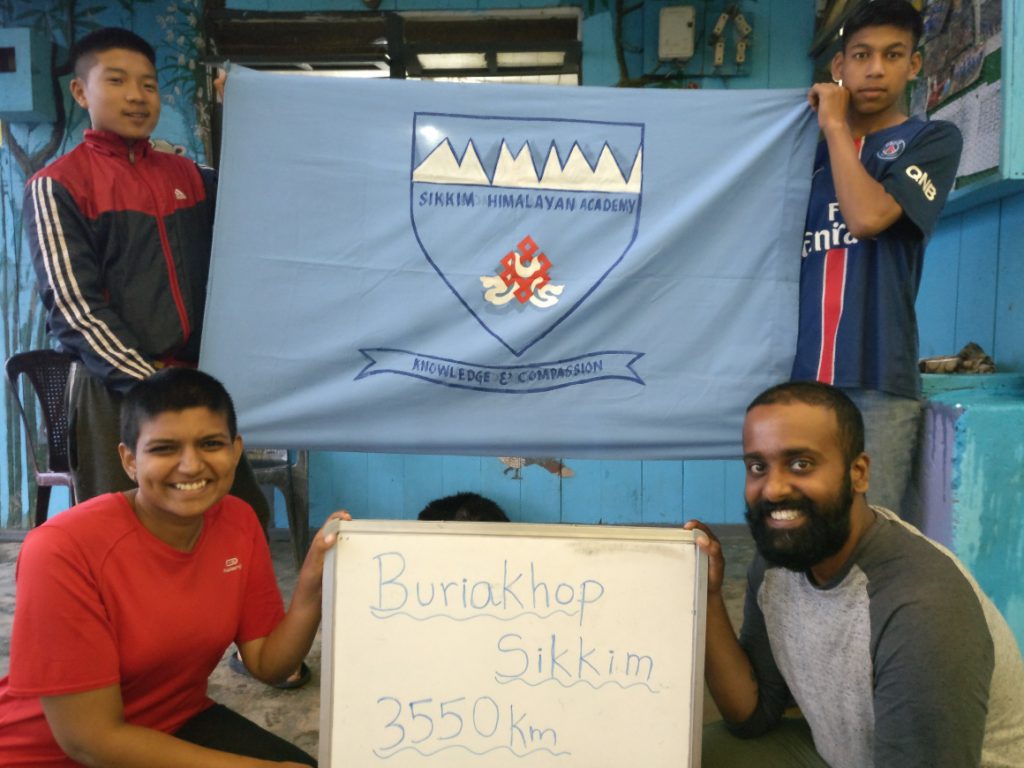 The couple on their Royal Enfield 500 Classic started their journey from Bangalore on 23rd June and aims to complete 10,000km till 18th August the day their ride ends. The couple also mesmerised to see the diversity of cultures in places they visit and also some of the remote areas where the life is such a challenge. They also shared their best experience when a shopkeeper handover a slate a chalk to them which they used to write the kilometers in their journey.

“We started from Bangalore and covered Chennai, TN, AP, Odisha, W.B., Sikkim, Bihar, UP, Uttarakhand, H.P., Patni top, Punjab, Chandigarh, Delhi, Rajasthan and reached Gujarat to cover our onward journey to cover the western part and ends at Bangalore. We stayed in Vadodara as my wife belongs to the city and often visit here to her parents. The ride is a great experience for us but the best among was when at Nellore we went to a shop to buy Slate and Chalk and the shopkeeper gifted us. Although it’s a small gesture but means a lot for us as we used the same to display our distance and clicked the picture and put on our Facebook page,” said Ajay Varghese. 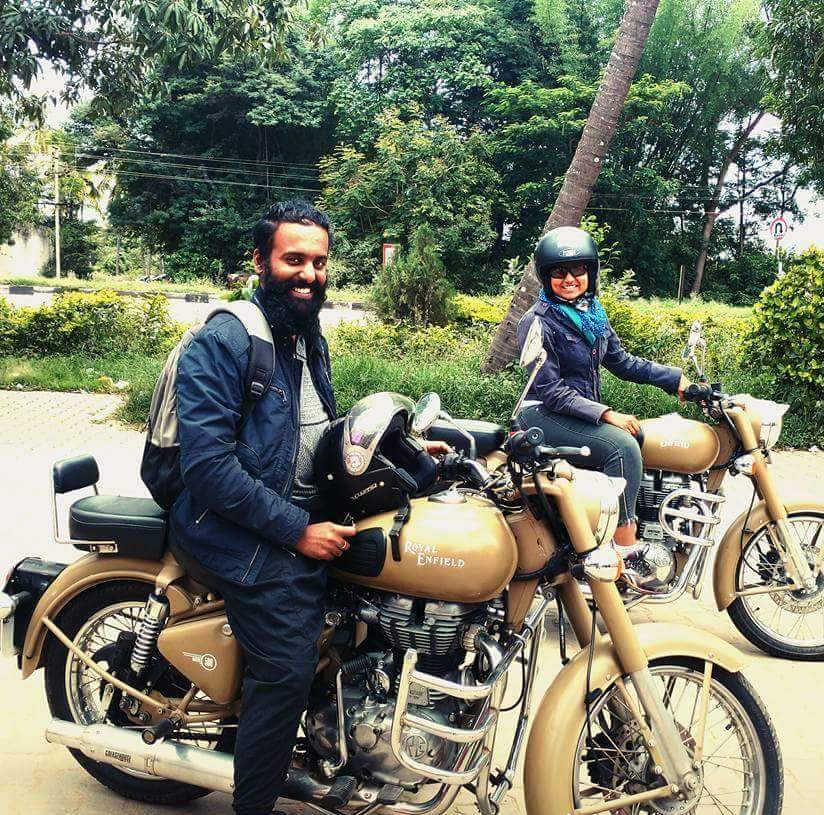 The couple carries extra tubes, rain coats, quick dry clothes and Maggie noodles along with other items all through the journey. They met people when reached particular city and specially explored the interior parts where the real India is living. They also pen down their experiences and create a travel diary for them which they plan to dictate among the gathering after completing their ride.

“We visit mostly in remote areas where we can really able to see the life and the struggles of people. To name a few like in Raghurajpur in Odisha a heritage village famous for Patachitra, but few knew about it although it’s near to famous Jagannath temple in Puri. In Dalhousie there is no electricity and people are still using the traditional ways for light. We pen down such experiences and plan to organise couple of events in Bangalore after the ride and share our experience,” said Tracey.

They already in the last phase of their ride and already make the blue print for their next ride. “We take the education as a cause for our first ride and plans to carry the next one with a different cause. Everywhere during our journey we came to know about the causes of education, sanitation and gender equality from the people we interact,” said Tracey and Ajay Varghese.