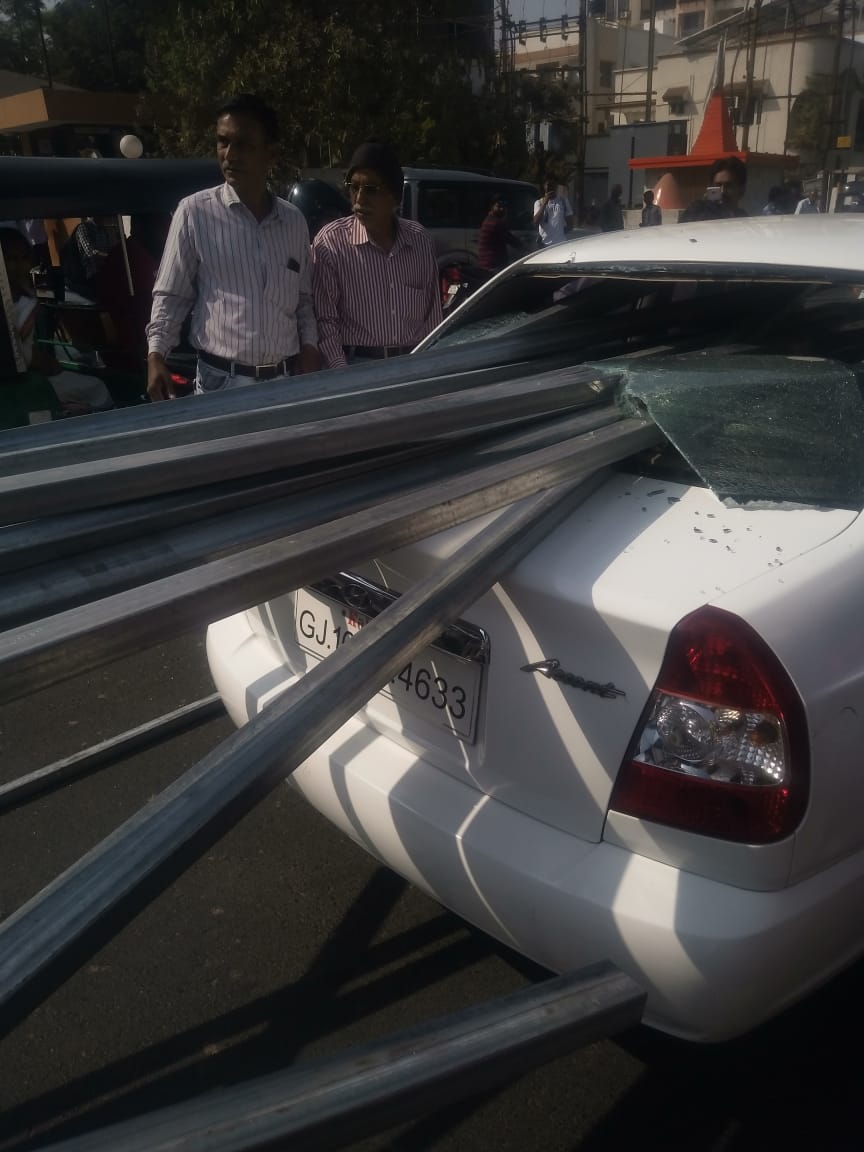 Shifted to hospital for treatment.

In a freak accident a couple in Vadodara had a close shave after the angles from a tempo pierced inside their car. The couple was shifted to hospital with injuries for treatment.

The accident happened near Iskon Heights at Gotri road where Madanbhai Patel and his wife was heading towards Sevasi in their car. Meanwhile he applied brake near the Iskon Heights as the car in front stopped suddenly. Before he understand anything the driver of speedy tempo coming from behind applied brakes and the angles atop it pierced inside the car from behind.

The couple miraculously escaped with serious injuries after the angles reached till the steering of the car. People also rushed to the spot and informed the police about the accident. The couple was later shifted to the hospital for treatment.