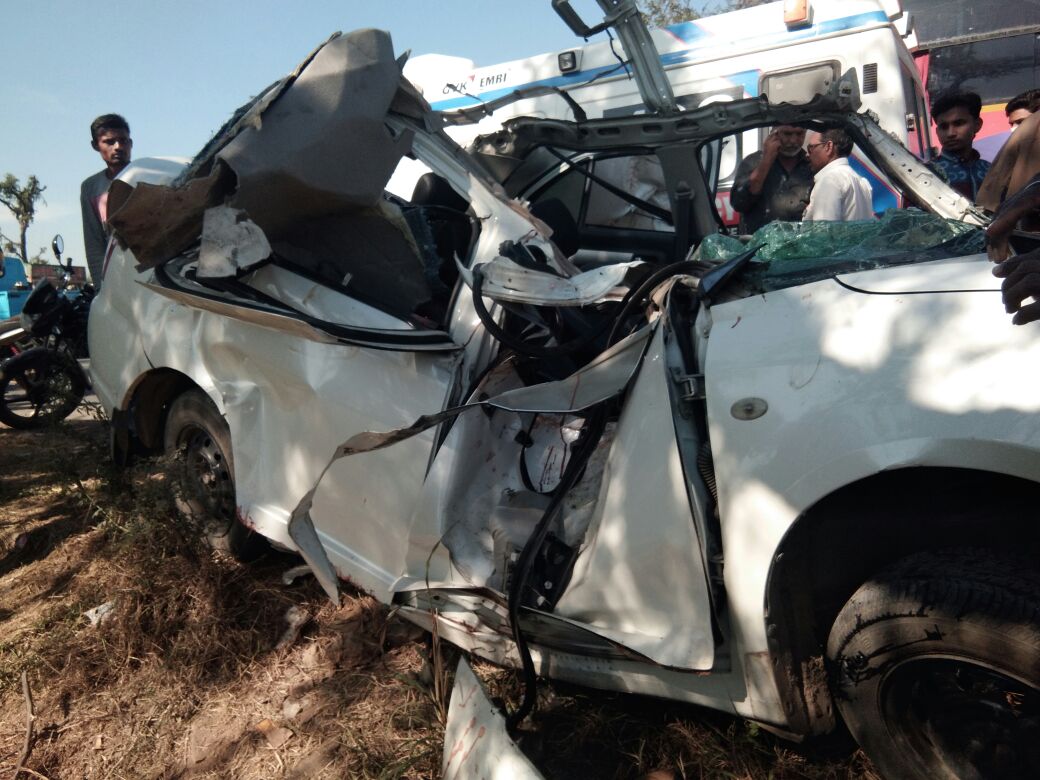 Elderly Vadodara couple died in a horrific car accident near Fartikui in Dabhoi. The car in which they are travelling dashed with the road side divider after collided with unknown vehicle. The couple was returning back to Vadodara after visited Mogla village in Naswadi.

As per the details Chandubhai Rohit 57 was working in ONGC and went to his ancestral village in Naswadi along with his wife Rama. Both of them were returning back home when their car collided with unknown vehicle near Fartikui in Dabhoi. The car then dashed with the roadside divider with a big thud. People rushed to the spot after the accident and took the couple out from the wreckage. 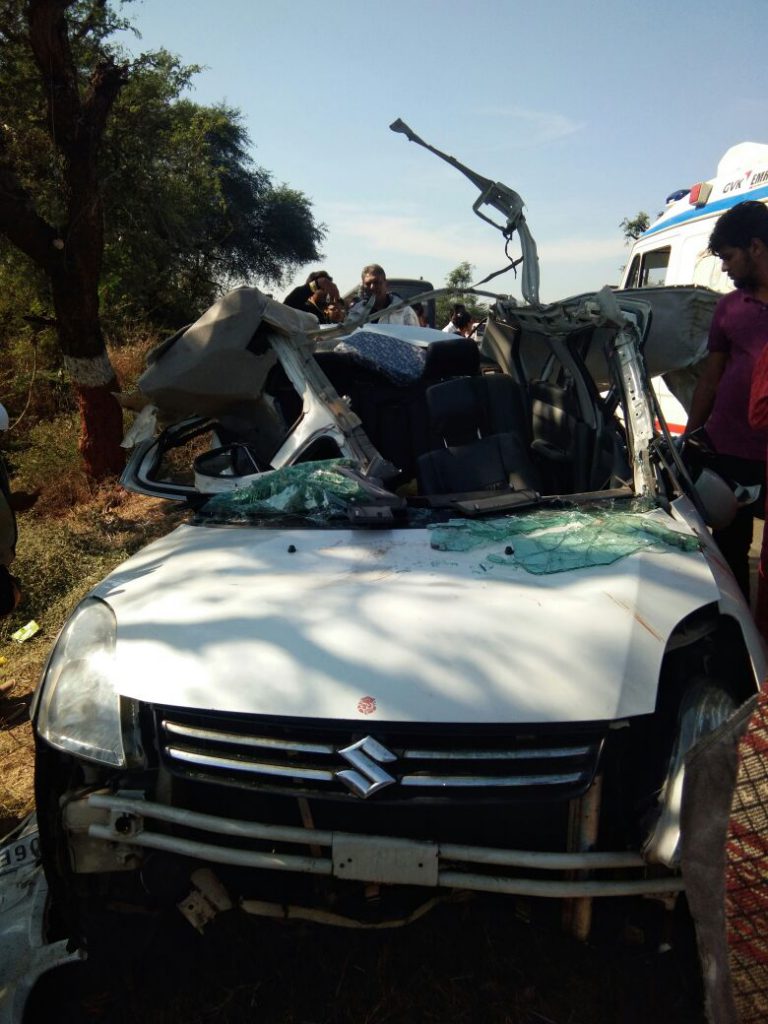 Dabhoi police also reached the spot and begin their investigation. With the help of the car registration number the police able to identify the bodies as of Chandubhai Rohit resident of Dadu Nagar Tarsali. They informed the family of the deceased and they rushed to the Dabhoi government hospital.

Police transferred the bodies for postmortem and further investigating after register the case.