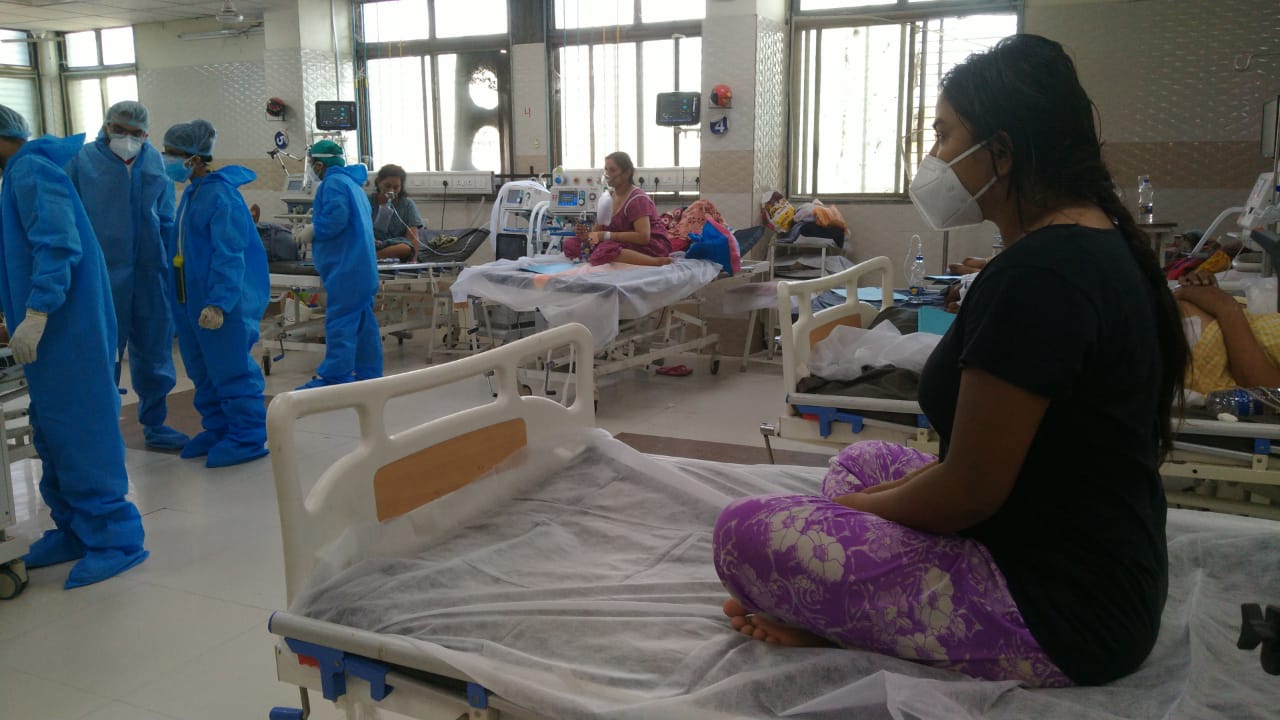 My condition was serious when brought to Vadodara, after treatment started I thought now will live - Dr. Khushbu Solanki

Dr. Khushbu Solanki, a physiotherapist from Bharuch was brought to Vadodara around midnight on April 27, with oxygen level reached a low of 59. She could not speak and was almost semi-conscious.

She was brought from Ankleshwar to Sayaji Hospital in the city in a critical condition and now has almost recovered after 10 days of intensive treatment. Doctors are likely to give her leave at any time.

She said, her condition was very critical and serious when brought to Vadodara. The treatment started as soon as she was admitted to Sayaji. When she was taken on the ventilator, she felt to be in the right place and would definitely survive.

The Bharuch girl has completed her studies in physiotherapy from a college in Surat. As part of the internship, she also served in the Covid ICU at a hospital in Surat in the month of February.

After that, she also tested positive while taking care of his father infected with the virus. She was admitted to Ankleshwar hospital but there was lack of oxygen and treatment was not immediately effective. So she was shifted to another hospital. However in need of more oxygen she was advised to go to Vadodara. Eventually her brother brought her and fortunately found a bed in Sayaji hospital.

Seeing her condition, she was directly put on ventilator and that works like a sanjeevani. While improvement she was put on NRBM and then placed on the nasal probe after becoming more stable. Today her condition is so good that she can breathe freely in the open air like before.

Khushbu says, she was out of critical condition and the danger is over. Sayaji's treatment has given her a new life and the treatment, care, medicine and food all are satisfactory.

Giving information about the initial condition of Khushbu, the administrative nodal officer Dr. O.B. Belim said, care was taken to put him on a ventilator in the ICU immediately. She was treated with maximum oxygen at 15 liters per minute. She got a lot of support from Dr. Neha Shah's care and warmth in the ICU.

After recovery she wants to conduct physiotherapy sessions that will be beneficial for the patients of covid.

Dr. Khushbu was put in a very serious situation from Corona. But her passion for life was strong. At the time of the crisis, she received noble treatment at Sayaji Hospital and it seems that her life has been revived. Khushbu has thanked everyone at Sayaji Hospital for this miracle.