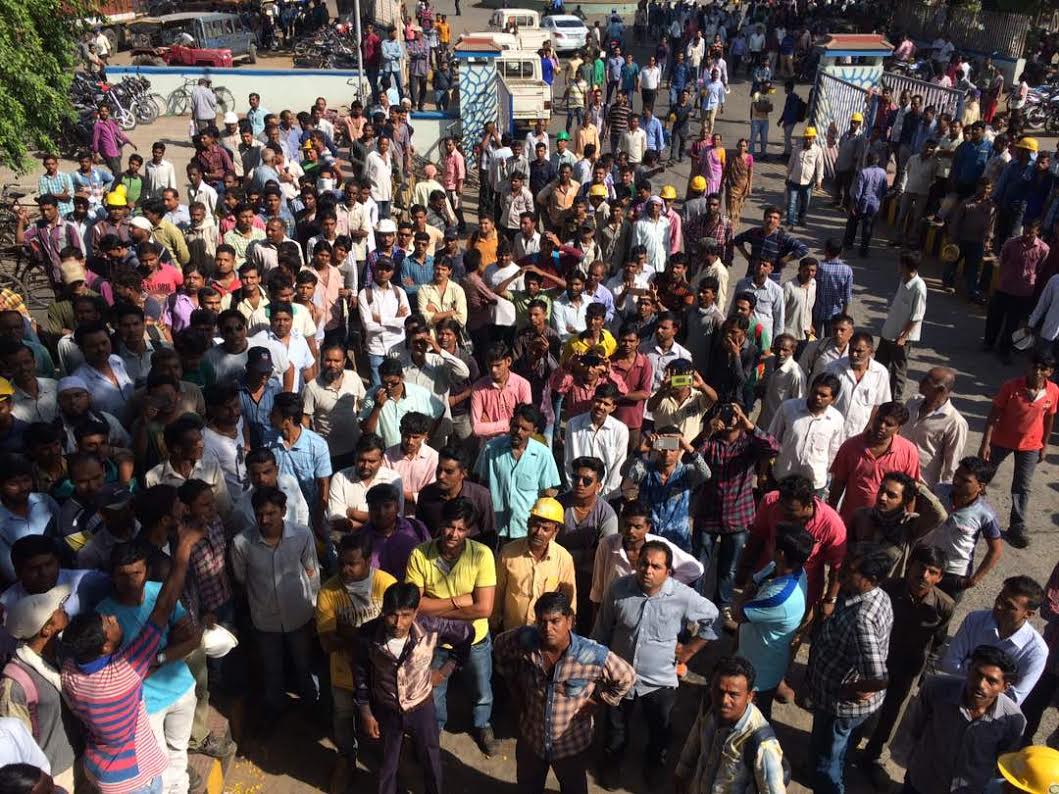 Nearly 1500 to 2000 contract labourers working in Gujarat Refinery (GR) went on strike on Monday and sat in front of the gate to raise their issues. They shouted slogans against the officials of GR and demand to solve their issues at the earliest. However later in the protest the union leader Dharmendrasinh Vaghela reached there listened to them and took their issue to the officials and they in return promised to solve them by tomorrow.

The contract labourers demand that they are not paid salary as per the government norms and no salary slips were given to them. When they do overtime they didn’t get the OT and if they asked for extra wages then the administration threatened to throw them out from the job. They also demanded that the signatures on the daily register are forged and fake information is there which is to be investigated by the forensic lab. They also demand that every contract labourers get salary as per the government norms and the company officials are responsible for it to give them the justice.