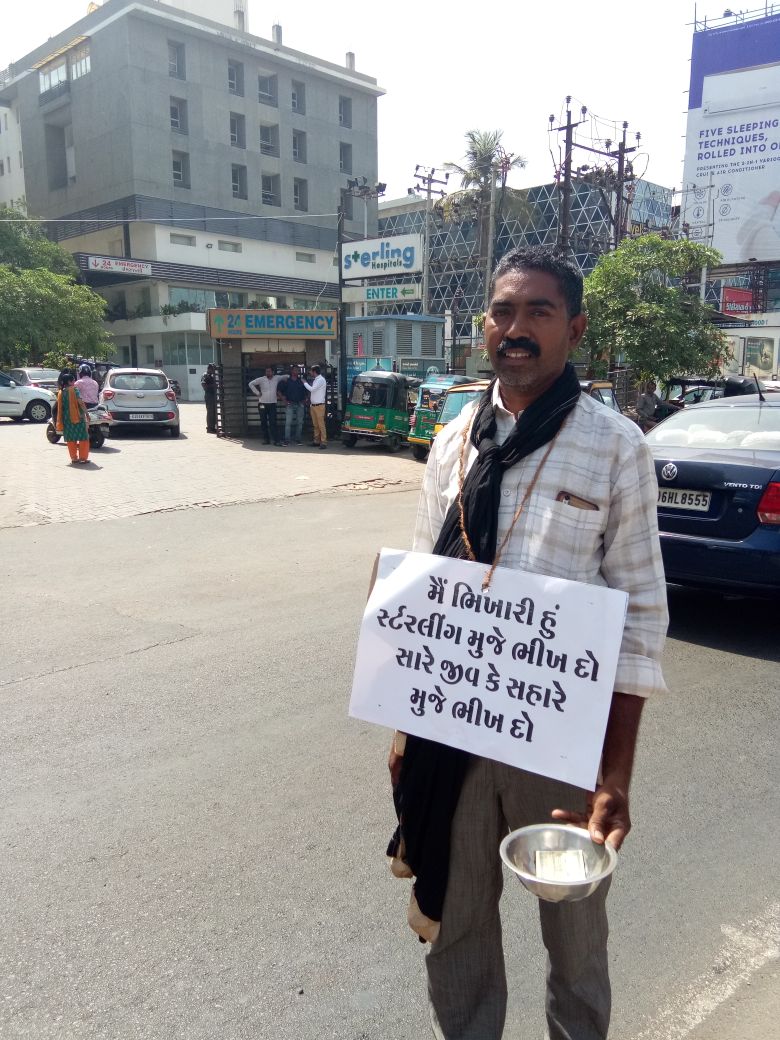 Vadodara Sterling hospital recently removed contract employees who are working there for years. Protesting the decision they shouted slogans against the administration and begging in front of the hospital from the passer by. A employee was also shifted to the hospital after her health deteriorated.

Recently around 195 employees were removed from the hospital who are working there for 10 to 15 years. The decision shocked them and since then they are protesting it. 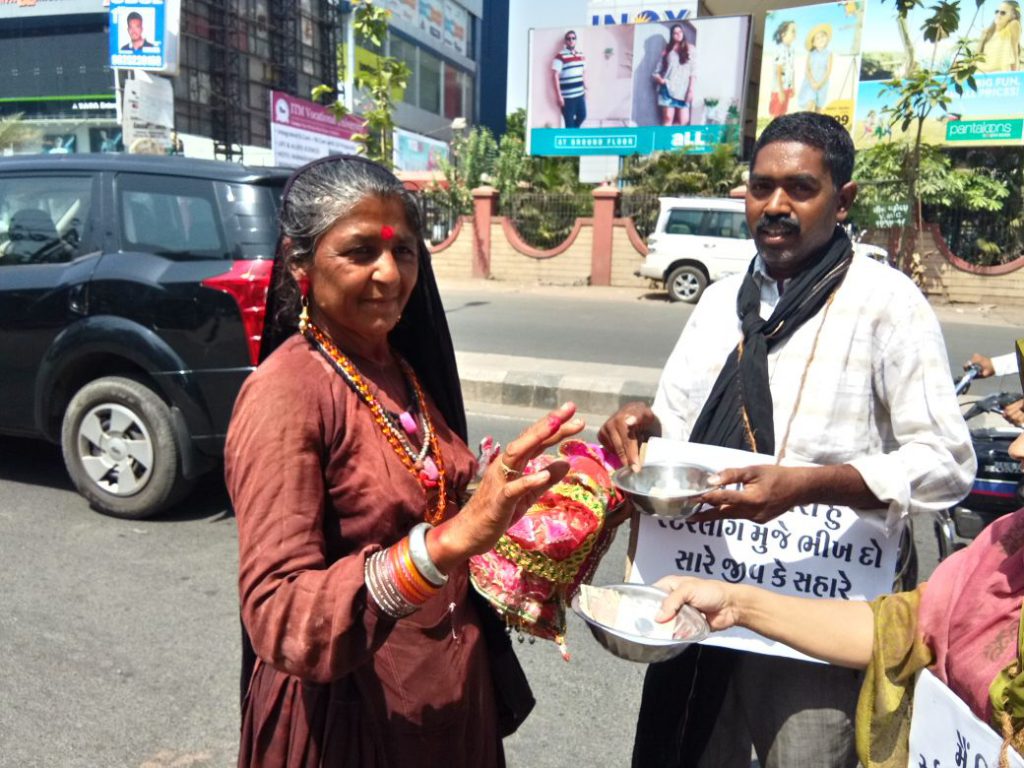 On Friday they all gathered outside the hospital and shouted slogans against the administration.  They then went to the road and begging from the passer by said they are unemployed now and don’t have any option left.

Meanwhile a employee was unconscious and was rushed to the hospital in a ambulance. In protest they rushed her to government hospital rather then admit her in Sterling.

One of the employee Ashok Bhai said on one side government is putting pressure on giving employment and on the other the hospital is removing them from jobs. He said the employees are working there for the last 10 to 15 years and instead of making them permanent and increase their salary the administration removes around 195 employees.

He further said that all of them working under contract and received fix salary which is not enough in this inflation. Many times they approach the managment for increase the salary and making them permanent but instead they removes them.

He said the company gives the reason of give contract to new company but it’s just a excuse to remove the employees.