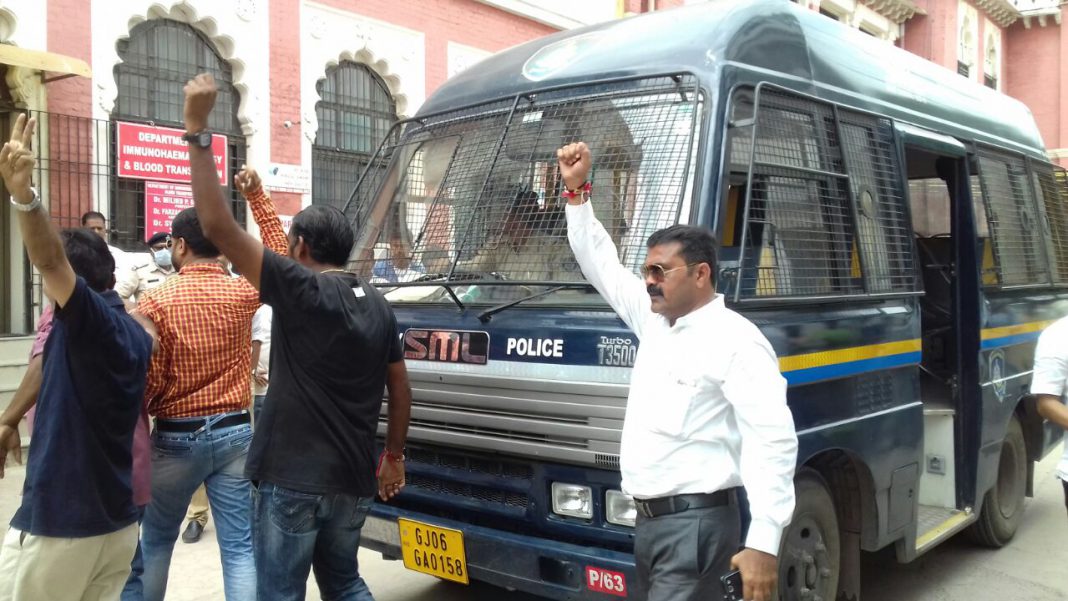 About 70 Congressmen were about to donate blood in the SSG hospital to help the Swine Flu patients. 10 of them including Shailesh Amin already reached the hospital and donating blood. The others were gathering at the Congress office.

However the police thought the Congressmen gathered there to disrupt the CM programme and detained about ten members from the office. However later they realised that they mistakenly caught them as in reality they all gathered for the blood donation.

The police then brought all of them to SSG hospital where they were about to donate blood. Opposition leader Chandrakant Srivastava said that the government spent crores of rupees on CM visit and once gain he is in the city. The government should spend the money on Swine Flu patients.