Connect Gujarat
#Beyond Just News
More
Home Gujarat Congress took out a cycle rally protest against the rising prices of... 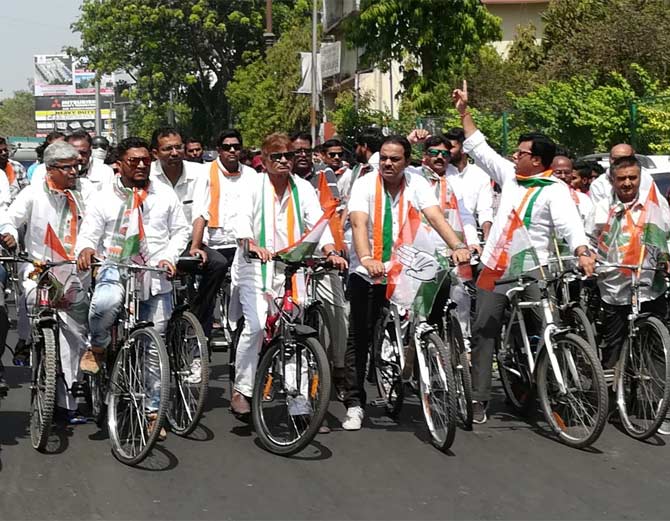 Vadodara Congress took out a cycle rally from their Lakdipool office in protest against the rising prices of petrol and diesel. The rally was centre of attraction as the Congress members drove the cycles and shouted slogans against the BJP government.

Congress President Prashant Patel said the central government is not cutting the price of petrol and diesel inspite of the low crude price internationally. When the UPA was in power they cut down the prices accordingly as per the crude rate.

He further said the decision put the people of the country in a position where they suffers a lot. The congress demand for a price cut in the rates and took out the cycle rally in protest. They threaten to aggressively protest if the government failed to take any stand in the matter.

Today’s rally starts from the party office pass through various parts of the city and ends at their office. Traffic was also disrupted in view of the rally.