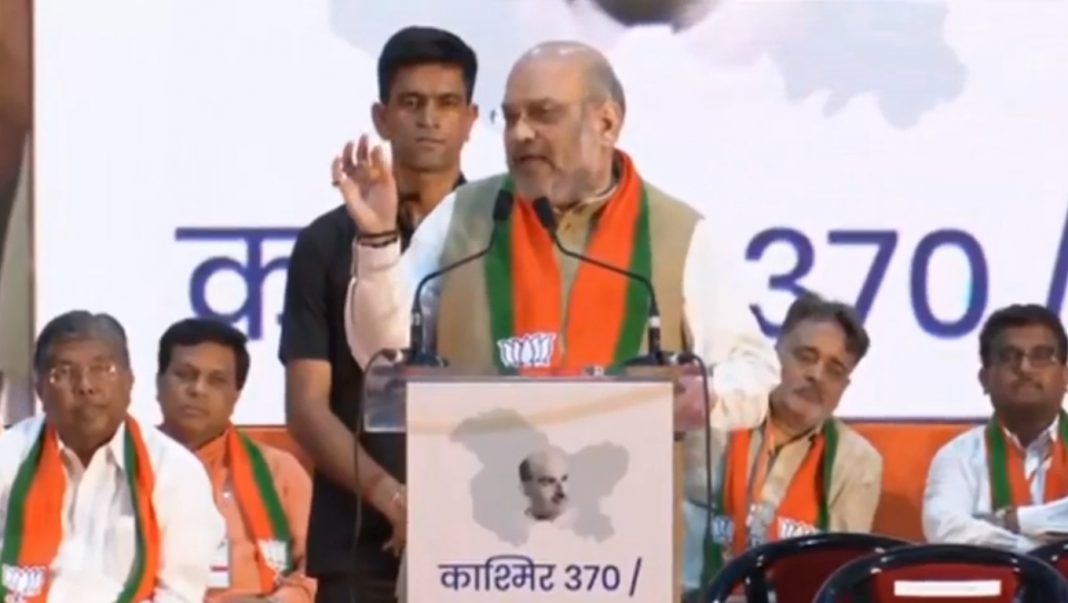 Union home minister and BJP president Amit Shah on Sunday launched a blistering attack on the Congress as he targeted India’s first Prime Minister Jawaharlal Nehru, blaming him for an untimely ceasefire that led to the creation of Pakistan-occupied Kashmir (PoK).

“PoK wouldn’t have come into existence had Nehru not declared untimely ceasefire with Pakistan. Sardar Patel should have handled Kashmir, instead of Nehru,” Amit Shah said at an election rally in Mumbai.

Amit Shah hailed Prime Minister Narendra Modi for his “bravery and grit” in removing Articles 370 and 35A from Jammu and Kashmir.“I congratulate Prime Minsiter Modi’s bravery and grit. He removed Article 370 and 35A in the very first session of the Parliament as soon as we formed the government for the second time with 305 seats,” Amit Shah said.

He then put the Congress and the Nationalist Congress party (NCP) in his line of fire for their stand on Kashmir.“Rahul Gandhi and Sharad Pawar should tell people if they support or oppose removal of Article 370,” Amit Shah said.

The home minister said the Congress sees politics behind Article 370 abrogation and targeted former Congress president Rahul Gandhi, insisting that for the BJP scrapping of the controversial Article was fuelled by a desire to keep the country united.

“Rahul Gandhi says Article 370 is a political issue. Rahul Baba, you have come into politics now, but three generations of BJP have given their life for Kashmir, for abrogation of Article 370. It’s not a political matter for us, it is part of our goal to keep Bharat maa undivided.”

Without naming the Abdullahs and Mehbooba Mufti, he also hit out at them saying, “Three dynasties which ruled Kashmir didn’t allow anti-corruption bureau to be set up there. Those who indulged in corruption in Kashmir are now feeling the heat despite the cold there.”

The opposition including the Congress had criticized the BJP government for the security restrictions still in place in Kashmir since J&K was split into two union territories on August 5.But Amit Shah insisted that there is no unrest in Kashmir. “Not a single bullet has fired in Kashmir after Article 370 abrogation. In the coming days, terrorism will be finished.”

Amit Shah began his speech by endorsing Devendra Fadnavis as chief minister once again after Maharashtra votes in the Assembly polls on October 21.