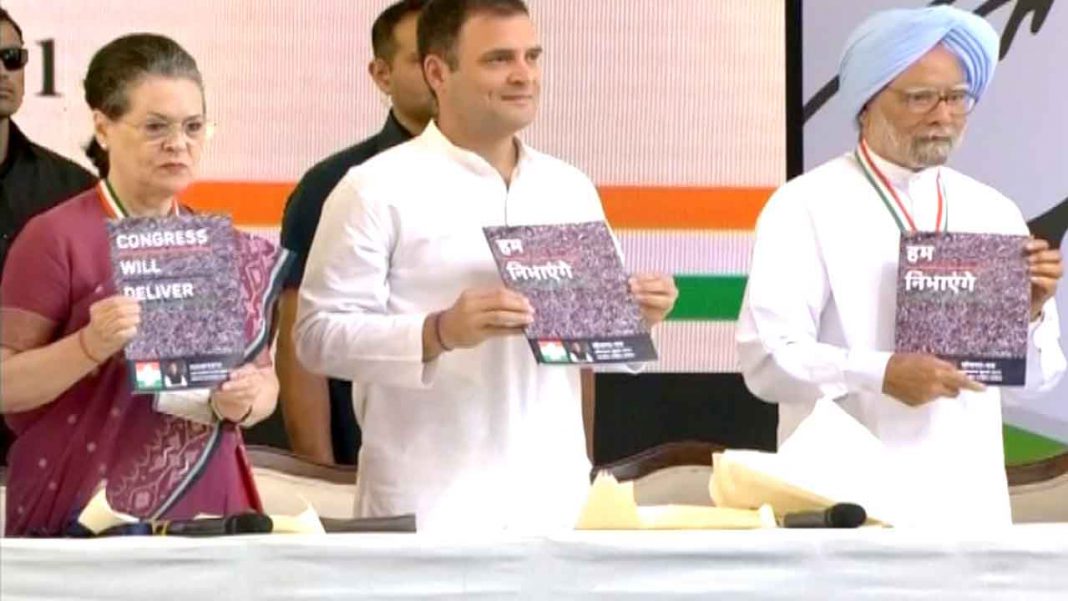 Congress Party has released its manifesto for 2019. This manifesto has been given the name of public voice. Congress President Rahul Gandhi, UPA Chairperson Sonia Gandhi and former Prime Minister Manmohan Singh were present on the forum. Congress general secretary Priyanka Gandhi Vadra is seated separately from the forum with other workers and leaders. 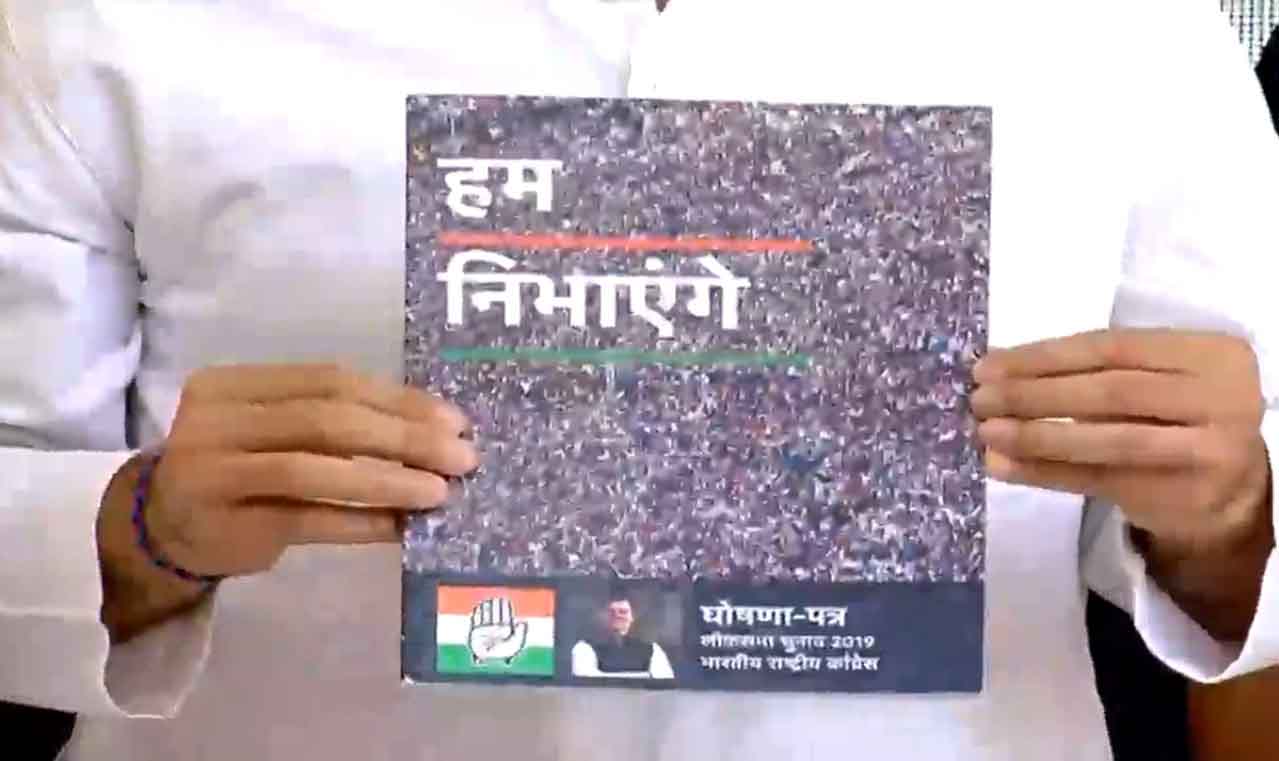 Former Prime Minister Manmohan Singh said that today is a historic day for us, people’s expectations and future declarations are being issued. It is being prepared by discussing with many people. The purpose of this manifesto is to work for the poor, in which the women, the farmers have been focused. He said that it will be discussed in the entire country and everybody will talk about this issue.

Rahul Gandhi said that there is only one focus on the five things, because the Congress logo is a claw. First of all, the income of justice, through which all of us will put money in accounts, 72 thousand wise for poverty, this money will be given every year. This will directly benefit for the economy.

Rahul Gandhi said that we will spend money more than 6 % on education. He said that we do not trust private insurance, the poor person also has access to high quality hospital. The BJP government has been working to divide the country, the incidents of terrorism are increasing in Jammu and Kashmir. The Congress will have full focus on national security and internal security of the country.