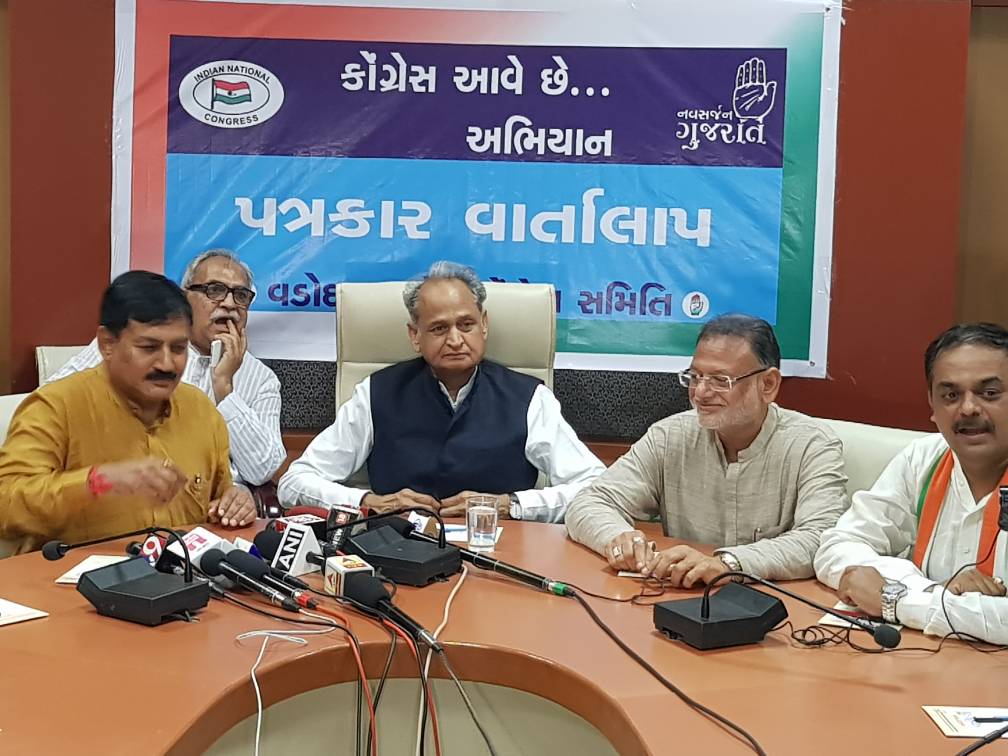 He along with Gujarat Congress President Bharat sinh Solanki and Siddharth Patel accused the BJP government for failure to take action during the custodial death of Mehsana youth. Gehlot said that the government should solve the issue early and probe the matter where the youth died in police custody. 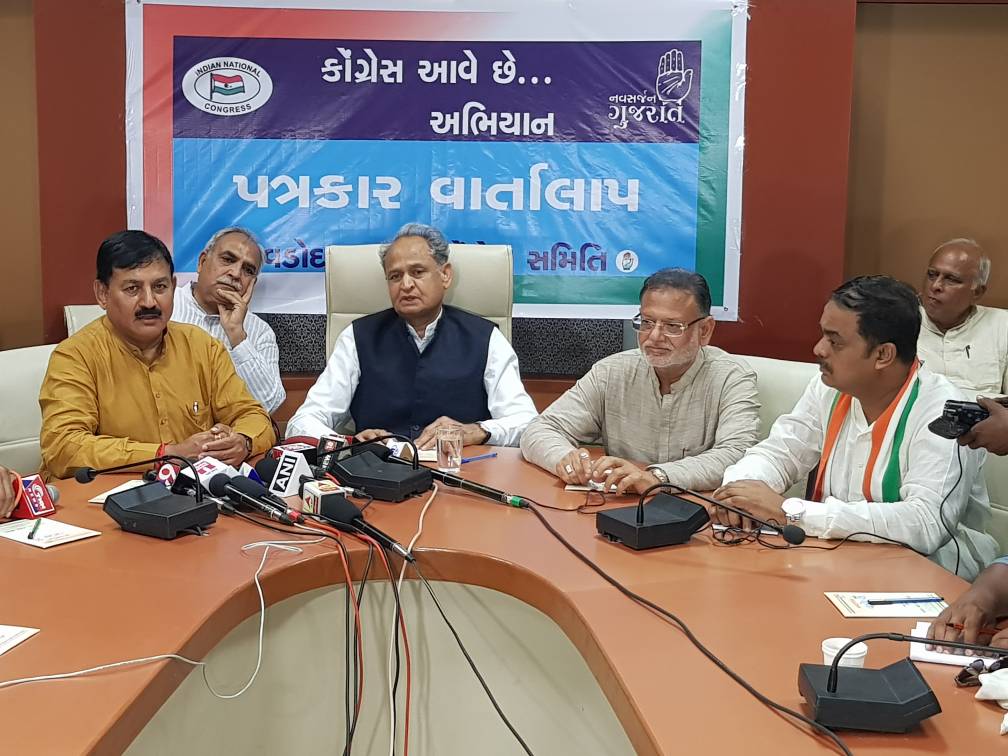 Taking about BJP national President Amit Shah Gehlot accused him for using foul language against Mahatma Gandhi who is the idol of non violence all across the world. He said the whole country is condemning his language where he called Mahatma Gandhi as Chatur Baniya.

About farmers issue he said that their situation is alarming and the death of five farmers in MP is example of it. He said the BJP government is not taking their situation seriously and the farmers has to suffer. The BJP ruling UP and Maharashtra states waives the loans of farmers so why not in Gujarat and Madhya Pradesh.

They accused the BJP government for creating a environment of fear in media and local people in the country. Speaking about the upcoming elections Gehlot said that they are already in election mode and will work on the strategies in upcoming days. The Rasta Roko call on 16th is one of such programme.

He said the doors are open anyone who wants to do alliance with Congress. Speaking about the internal clash in the party he said there is nothing like that and even Shankarsinh Vaghela himself declared that he will not join BJP. He said the agenda is to show the people about the failure of the BJP government in Gujarat and tell them that Congress Aave Che.