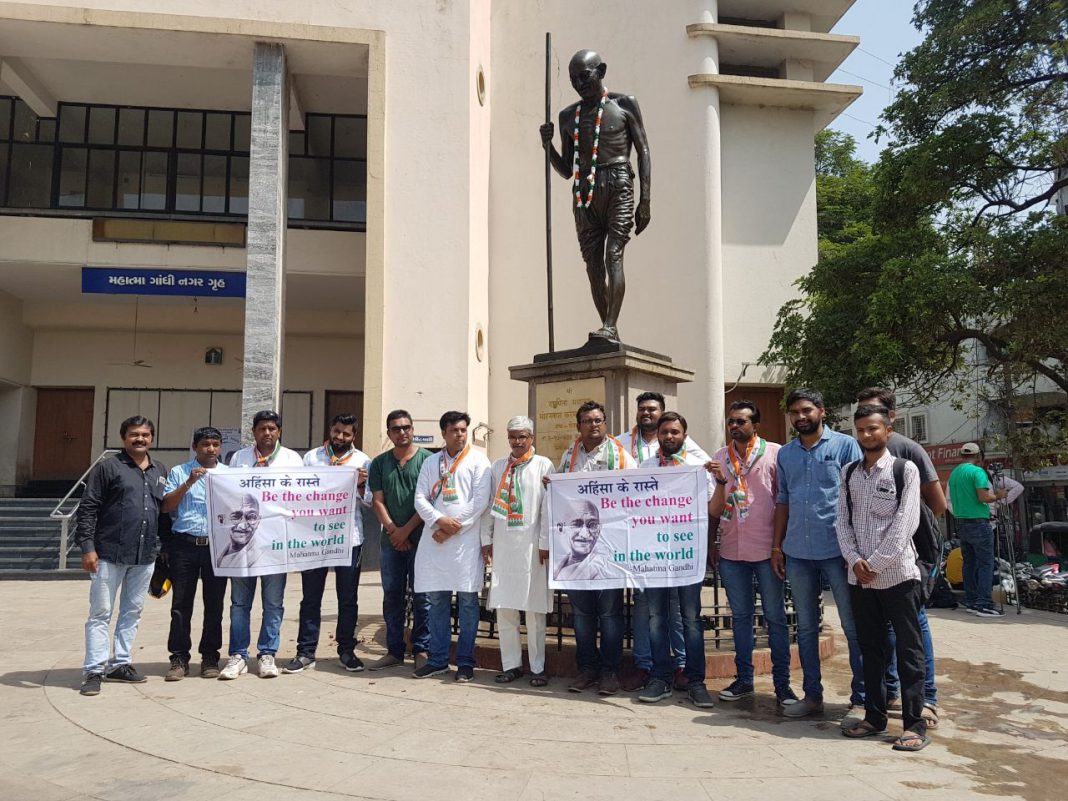 Vadodara Congress on Friday purify the Mahatma Gandhi statue in Vadodara and shouted slogans against the BJP for humiliation of father of nation. BJP on Thursday covered the Mahatma statue while they sit on day long fast against the opposition for not allow the Parliament to run.

On Thursday BJP calls for a nationwide fast against the opposition for not allowing the Parliament to run. In Vadodara Gujarat BJP President Jitu Vaghani, MP Ranjan Bhatt along with other leaders and members sit on fast at Mahatma Gandhinagar Gruh. However the BJP in order to save themselves from the scorching heat tied a tent (Tambu) and covered the whole statue of Mahatma Gandhi. Congress called the act as humiliation to father of Nation and called for purification of the statue. 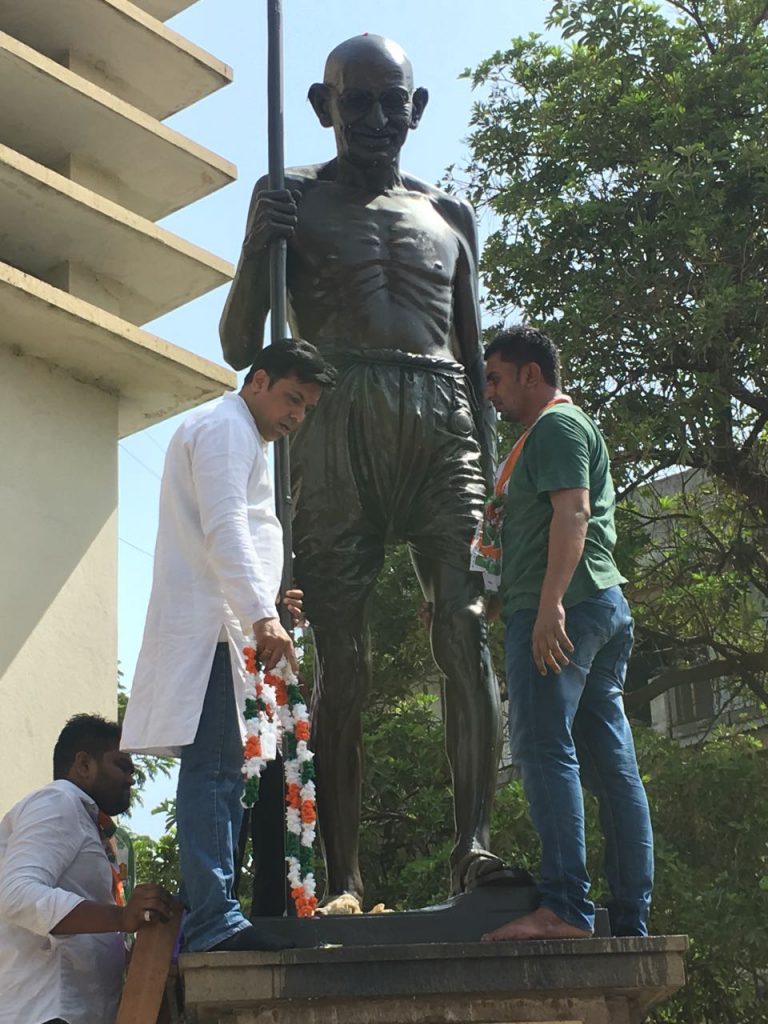 On Friday the Congress members gathered at the spot and purify the Mahatma Gandhi statue with Gangajal, water and milk. They then shouted slogans against the BJP for humiliating  Mahatma Gandhi who shows us the way of no violence.

Congress leader Rutvij Joshi said the whole fast programme was a drama by the BJP and the most shocking was the humiliation of Mahatma Gandhi. On Friday they purify the statues with Gangajal, water and milk and showed their respect towards father of nation.