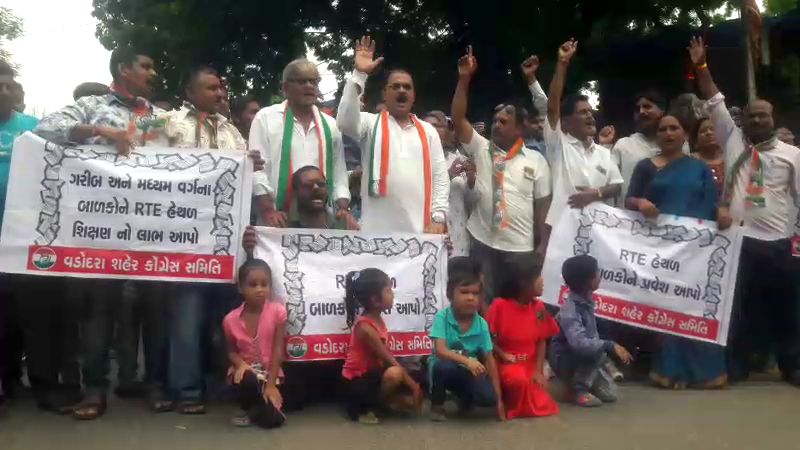 Blocked the main road in protest

Vadodara Congress on Tuesday blocked the main road in protest against the DEO for not giving admissions to the students under the RTE act. The members were irked when they did not find DEO at his office and also failed to fulfill his promise to release the list of students on the same day.

Congress President Prashant Patel said the Congress members went to DEO office to meet the DEO to review the list of students getting admissions under RTE as promised by him.
However he was not present there and that irked them and they later blocked main road as a protest.

The members climbed on the stranded vehicles and started shouting slogans against the officials. Police reached the spot after the information and detained around 30 members from the spot. The Congress said they will continue their agitation till the students get admissions in the schools.