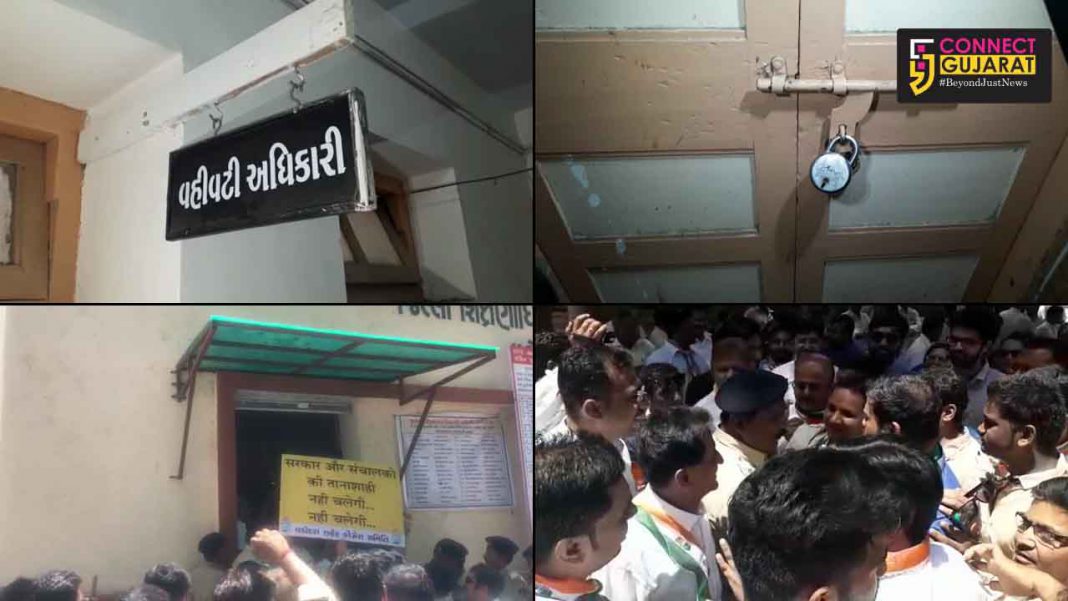 Vadodara Congress on Wednesday locked the office after the DEO was not present to accept their memorandum. They gathered at the DEO office to request for extending the admission date under RTE and also raised their protest against the hefty fees charged by the schools in the city.

The congress turned their focus aggressively on the ruling party against the hefty fees charged by the schools in the city. They accused them for failed to implement the RTE act and action against the schools not following the rules.

On Wednesday the city president Prashant Patel, leader of opposition in VMC Chandrakant Srivastav, Shailesh Amin, Rutvij Joshi, councillors and other members reached the DEO office to gives a memorandum to effectively implement the RTE act and extend the admission process. However the DEO was not present in the office which irked the congressmen and they shouted slogans against the government. They then locked the office of the DEO to show their protest.

Prashant Patel said the private schools in the BJP ruled government charge hefty fees from the parents and make education a business. The government is also not taking any action in this matter and try to shield such schools. However the Congress protest against such things and never allowed the parents to suffer.

He further added that the RTE act is not implemented properly and the schools shall follow the rules to give the students from poor families to get admission in their favourite schools. He also urged to extend the admission process for benefit of the students. He also threaten for aggressive protest in future if the situation remains the same.