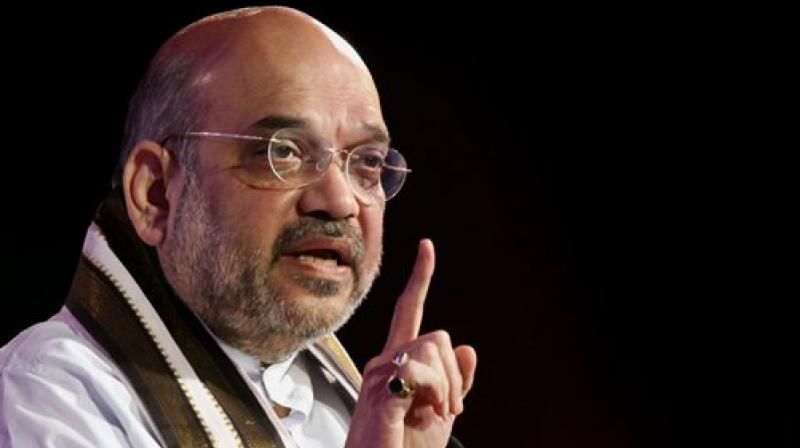 The Congress on Monday demanded the resignation of BJP President Amit Shah over the allegedly “suspicious transactions and dealings” of his son Jay Shahs firms for the sake of an impartial inquiry.

The Congress stressed that in the past BJP chiefs had resigned whenever aspersions were cast on their integrity.

“We are not levelling any allegations. We are just demanding a fair inquiry into the matter. And for the sake of fair and impartial inquiry, Amit Shah must resign as the BJP President as well as from the Rajya Sabha,” Congress leader Anand Sharma said.

“When L.K. Advani’s name came up in the Jain hawala diaries, he resigned as party chief as well as from the Lok Sabha.

The Congress leader said neither Advani nor Gadkari have been prosecuted in connection with the alleged scams but they resigned for the sake of propriety and fair inquiry.

“We expect Amit Shah to follow the precedence and set himself aside till the time the inquiry is concluded,” Sharma said.