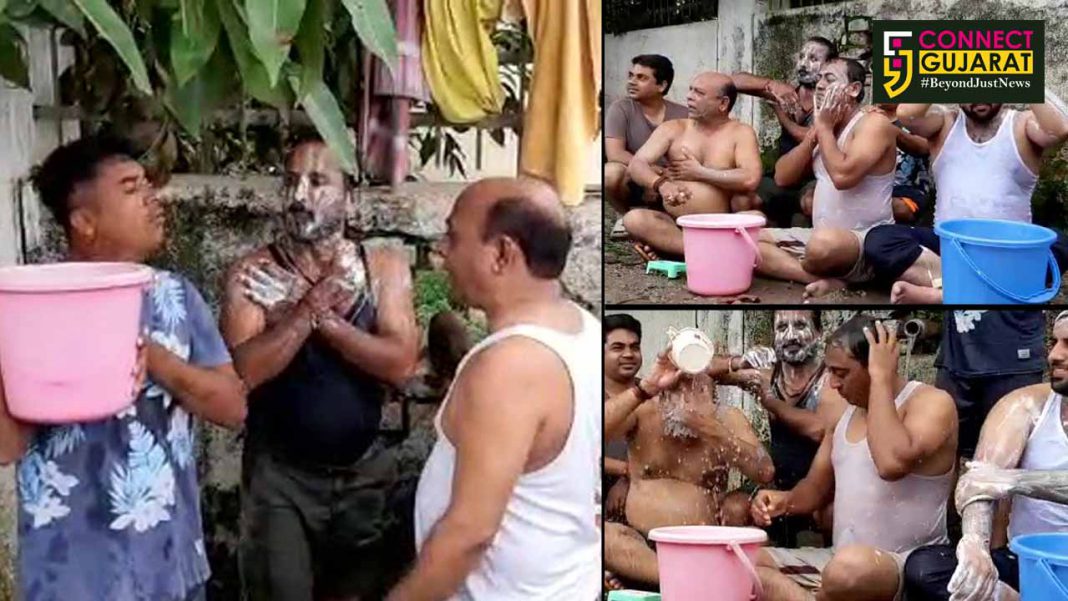 In a unique protest the Congress councillors in Vadodara bath in open and raised slogans against the VMSS. They accused the corporation for failed in providing clean and good pressure water to the people of East and South Zones of the city. They also shouted slogans against the authorities and demand solution of their problems.

The people of East and South Zones demand clean and good pressure water supply in their areas. They also represent their issues with Ward 4 Congress councillor Anil Parmar to the authorities and also in the general body meeting. But the issue is still not resolved.

With no options left the local people and councillor reached Ajwa overhead tank and bath in open to raise their protest. They also shouted slogans against the VMSS and demand to resolve their issues soon.

Councillor Anil Parmar said the people are suffering due to not getting water and on the other side thousand litres of water get wasted due to the leakage in the line near the Ajwa overhead tank. The water spreads on the road and make it difficult for the people to drive their vehicles. He demand to resolve the issue at the soonest or else threaten to intensify their agitation.