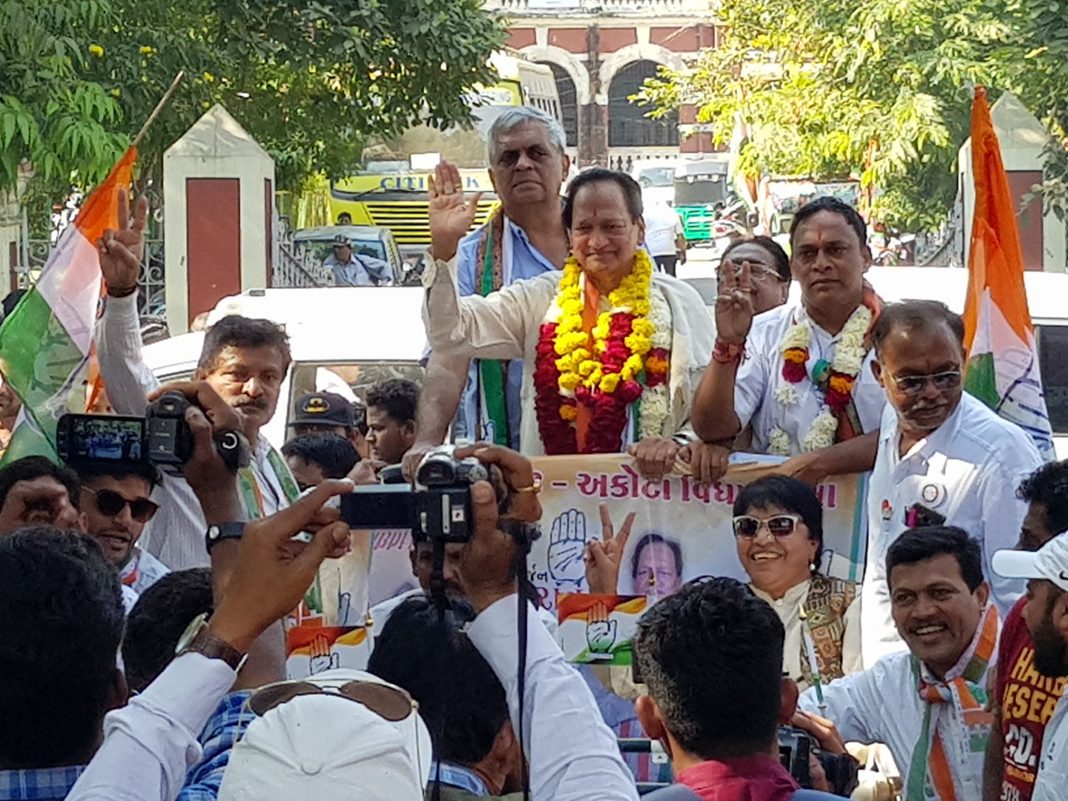 No DJ, fire crackers and vehicles the Congress candidate on Raopura seat Chandrakant Shrivastav (Bhathu) reached the election office to file his nomination on foot to spread the message of saving the environment. The rally only have the traditional dhol and Shehnai in front which he said is our tradition. 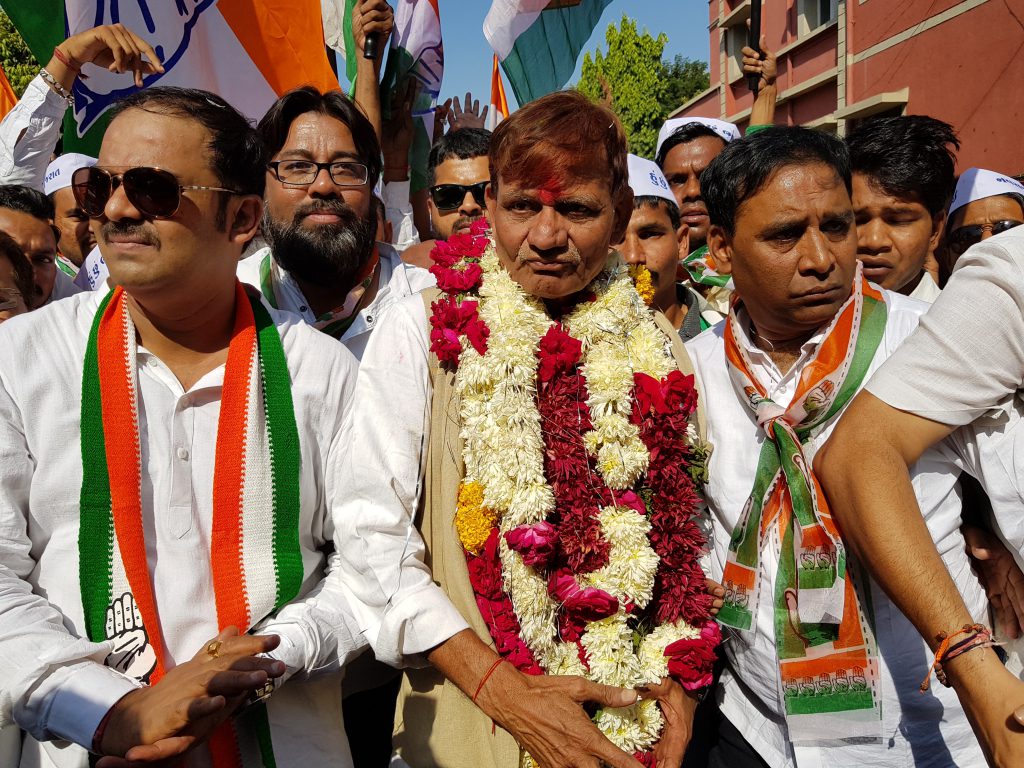 Instead he used the traditional dhol and Gaekwadi Shehnai in his rally which set the tune in his rally. “To use Dhol and Shehnai in the rally is because it symbolise our tradition and people will relate to this. The Congress party put faith on the candidates who listens to the people and fight for them,” said Shrivastav.

Another veteran Chirag Zaveri files his nomination papers from his local Manjalpur constituency along with his supporters present there in big numbers. He said he will work for the development and working for the people. “My people give a perfect name 108 to me and I will available for them round the clock. I will work for them as I do for the last 30 years as local councillor and mainly focus on development, employment, women safety and others,” said Zaveri. 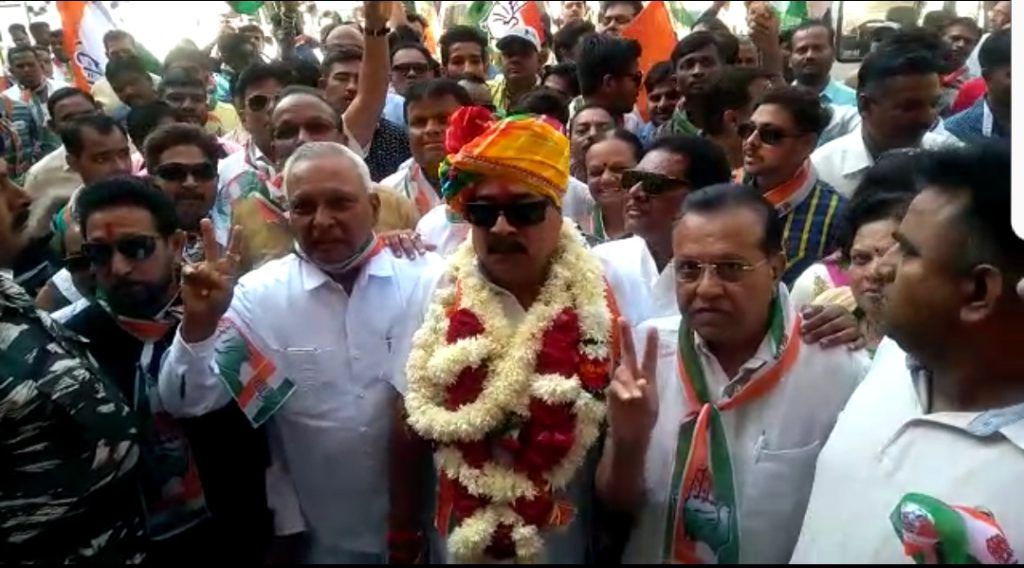 From Congress another senior Congress leader Ranjit Chavan files his nomination from Akota constituency along with his supporters. He said he aware about the problems in Akota area and will work on it along with the development.

Narendra Rawat from Sayajigunj files his nomination along with his supporters in form of a rally to Narmada office at Chhani Jakat Naka. Local councillor Pusha Vaghela who yesterday accused the party for giving ticket to Rawat also joined him in the rally leaving behind all the differences. 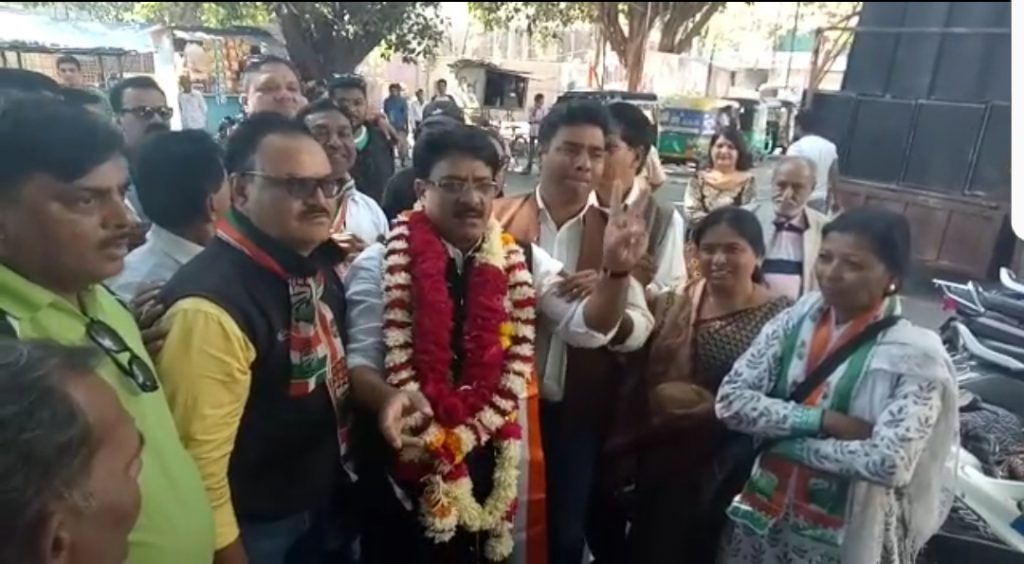 Anil Parmar files his nomination papers from Vadodara city seat at Narmada Bhavan along with his supporters.