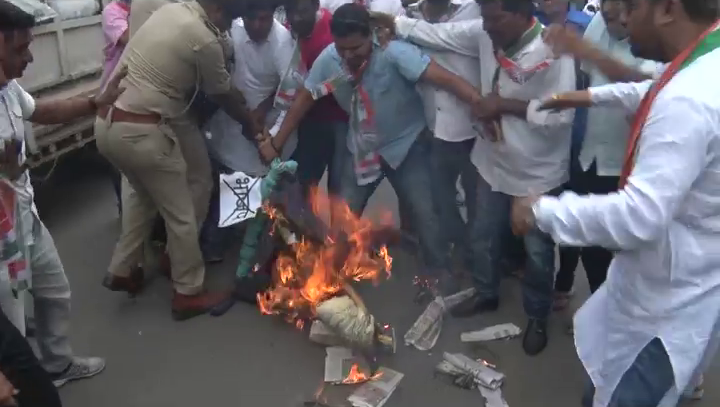 Vadodara Congress on Saturday burned the effigy of BJP National President Amit Shah accusing the party for stone pelting on the car of Congress National Vice President Rahul Gandhi during his visit to the flood affected Banaskantha district. The congress members shouted slogans against the BJP and burned the effigy of Shah. Police detained 15 members from the spot. 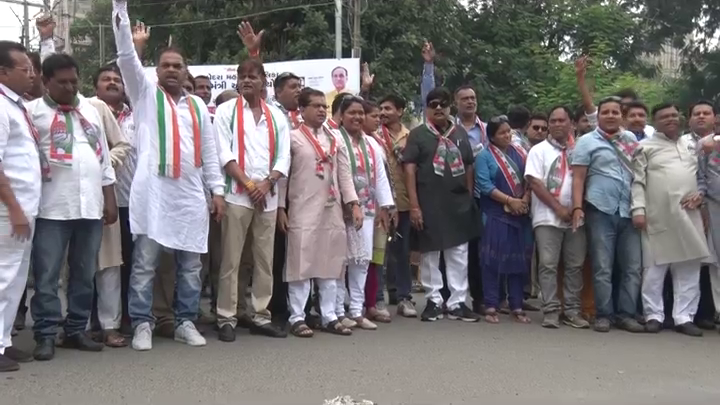 On Friday some anti social elements pelted stones on the car of Rahul Gandhi during his visit to flood affected Banaskantha. Accusing the BJP government the Congress members on Saturday protested against them and burned the effigy of Amit Shah at Khanderao market. 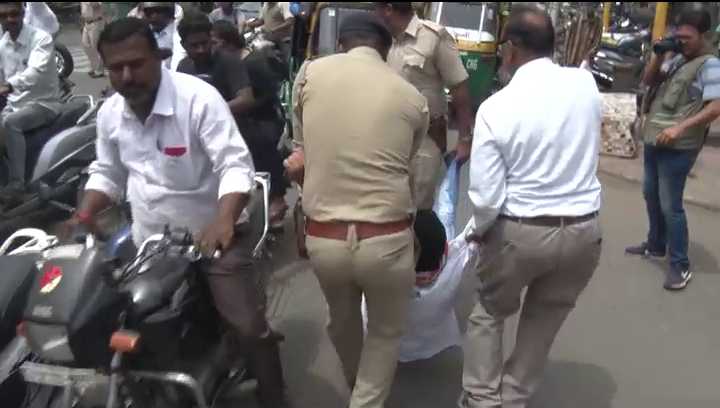 The police was also alerted after the declaration by the Congress protest and put up Bandobast at the spot. However the members successfully burned the effigy of Amit Shah and shouted slogans against the BJP government. The police detained Vadodara Congress president Prashant Patel, Rutvij Joshi, Nilesh Brahmbhatt, Mitesh Tkakore including 15 members for the protest. 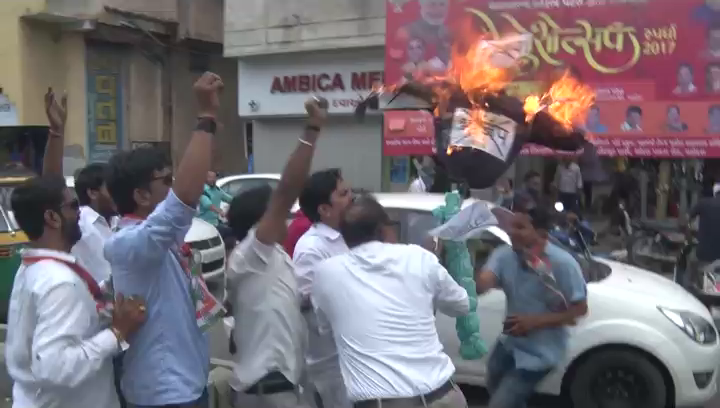