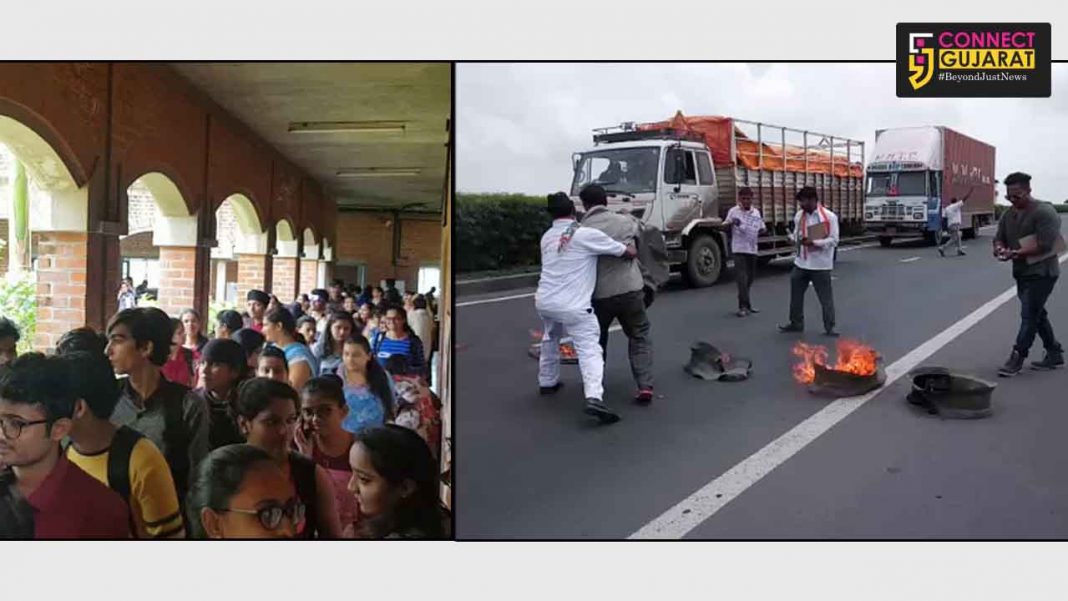 Police detained them before matter goes out of hands

Congress party Bharat Bandh call received mixed response from all across the state including Vadodara. The supporters attempt steps to make the call successful and many incidents of violence also reported later in the day.

In one such incident the Congress and NSUI burn tyres at Pandya bridge, Sama road and Express way to disrupt traffic and protest against the rising fuel prices and employment. However police detained them before the matter went out of their hands.

NSUI supporters aggressively protest in order to support the Bharat Bandh call in Vadodara. They burn tyres and various places and also forced the MSU to declare holiday for today.

As per details the NSUI supporters sit on the road near Pandya bridge and stop the traffic. Where Congress supporters burn tyres at Abhilasha crossing and raised their protest. Both of them also burn tyres at Vadodara Ahmedabad Express way and tried to disrupt the traffic.

Advocates also form human chain and protest against the rising fuel prices. For the whole day police continue their efforts to stop any untoward incident during the bandh and detained the protestors.