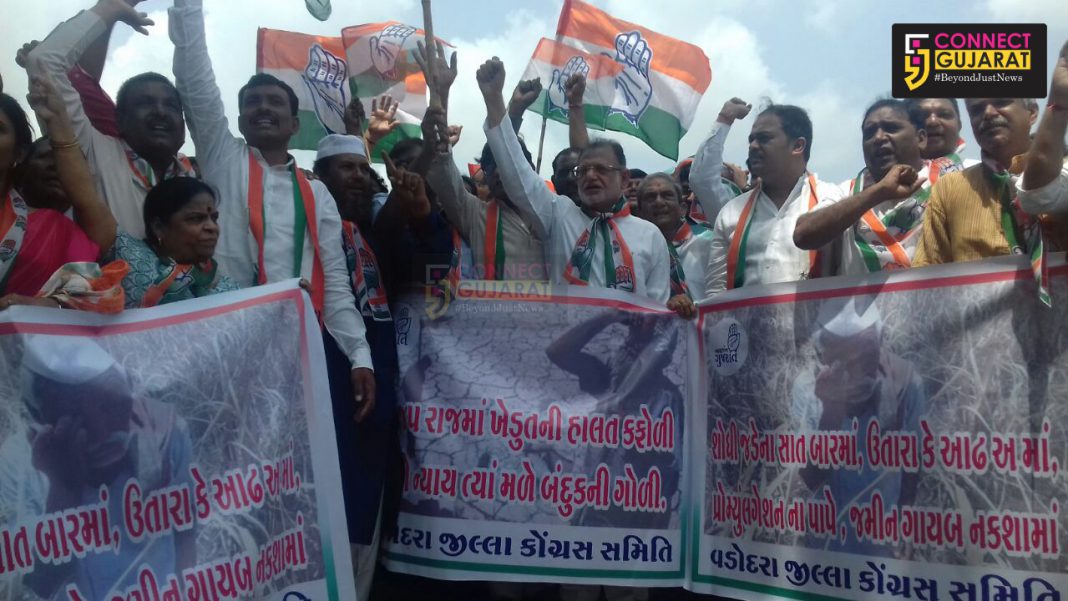 Gujarat Congress based on their call for state wide strike took out rallies on various places in Gujarat. Vadodara city and district Congress party also took out a big rally on Monday from Navlakhi to Collector office to give memorandum regarding corruption in land mapping in Gujarat. 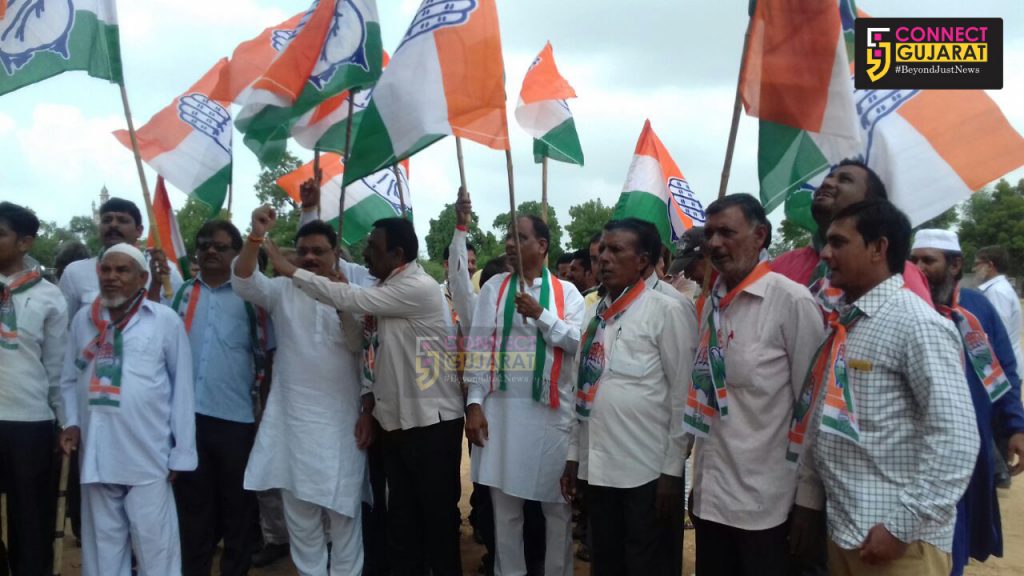 Congress party put allegations on the Gujarat government for corruption regarding land mapping in Gujarat and said that the mapping was not up to the mark and full of mistakes. The Congress raises objections regarding the mapping of lands and request to cancel it and replace it with the old ones which are more reliable and the real source of mapping till date.

The rally started from Navlakhi ground in Vadodara joined by farmers and Congress members in big numbers headed by former President Siddharth Patel. With banners, posters the rally reached the collector office along with tractors, camel carts and others. 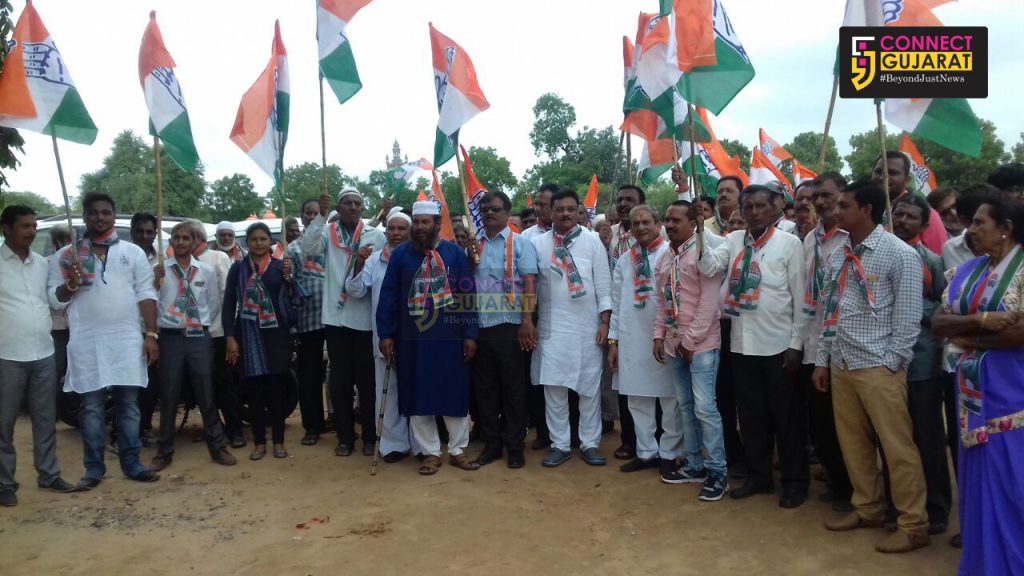 After reached the collector office they gave a memorandum to the collector regarding their demand in connection with land mapping. The memorandum states that due to the recent mapping brothers and neighbours will fight legal battles and the mapping is done sitting inside the office. The records didn’t show the landmarks like lakes, checkdam, wells, roads and other things. The mapping and Promulgation shall be cancelled with immediate effect and replaced by the old one. The corruption will be investigated by the sitting judge of highcourt. 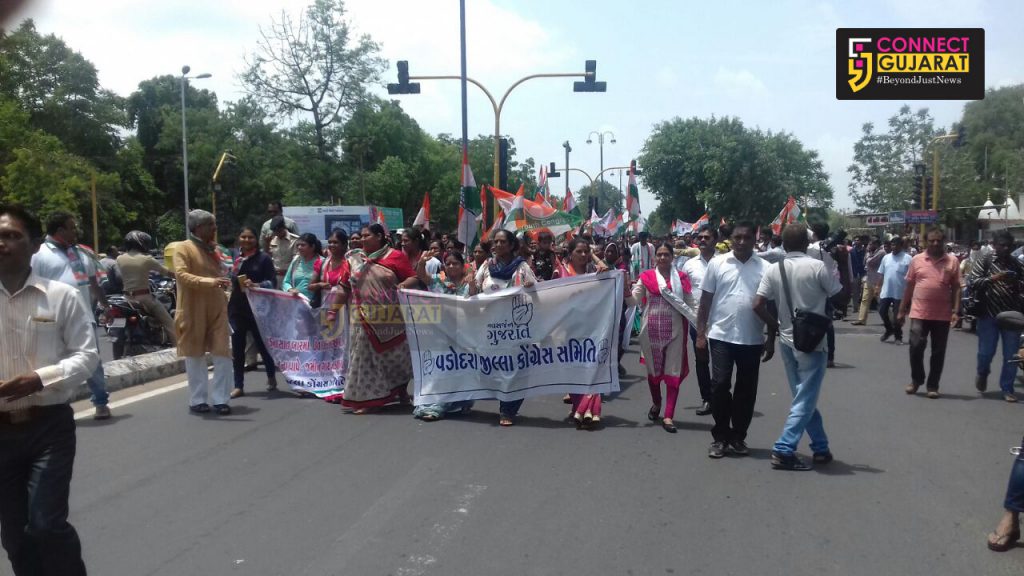