When we think about purchasing condoms, contraceptive pills it’s often ashamed to ask for the same with the chemist. But a Management student in Vadodara came up with a business idea to deliver the things at your door step and at any place inside the city within one hour of placing the order. ‘Contraceptive on […] 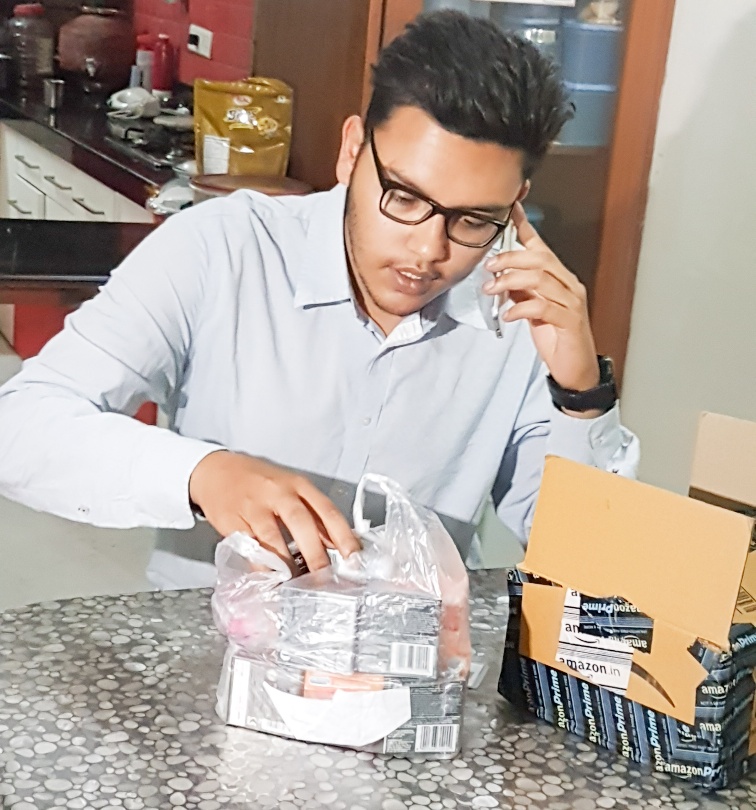 When we think about purchasing condoms, contraceptive pills it’s often ashamed to ask for the same with the chemist. But a Management student in Vadodara came up with a business idea to deliver the things at your door step and at any place inside the city within one hour of placing the order.

‘Contraceptive on Wheels’ is a start up business by Arjun Jain who kick start it on Valentine’s day. On the very first day he received six orders which he delivered at their place of choice. Arjun tied up with ‘Daud’ services for delivery of orders to the customers. Arjun is delivering condoms, contraceptive pills and few items right now and later add the others. “On the Valentine’s day I launched the service ‘Contraceptive on Wheels’ which delivers condoms, pregnancy test kits, oral contraceptive pills, lubricants and vibrators. The person just have to give his order on phone, whatsapp or through social media and we deliver the product at their door step or at the place of their choice. In coming days we will introduce girls sanitary napkins and V care kits,” said Arjun Jain.

A Post Graduate Diploma student in Marketing Management from MSU, Arjun Jain got the idea after one of his friend from his circle went through a incident of teenage pregnancy which is increasing in the country.

“There are four million cases of teenage pregnancies in India every year and talking about sex education is taboo here. Moreover one of my friend in the circle have to marry early as his girlfriend got pregnant and as they marry early they suffers with financial crunch. So I thought to start this business which can prevent such things as now they can get condoms, contraceptive pills at their door step without hesitation of asking anyone,” said Arjun Jain.

Arjun started the service from Valentine’s Day and on the first day received six orders. He also maintaining the privacy of the people who orders the items. “Anyone can order condoms, oral contraceptive pills, pregnancy test kits, lubricants and vibrators by calling, send SMS or on my Facebook page and we deliver the item at their door step or at the place of their choice. To maintain the privacy we don’t write anything about the content on bills and the delivery boys are trained in such a way that they just have to deliver without asking any questions or any interaction,” said Arjun Jain. He also said that for safety purpose he himself delivers the products in night. Arjun Jain purchase the products from a wholesaler and pack them at his home and then deliver to the people. His family is also supporting and help him in his business. “When I discussed the idea with my parents they gave their positive response and supported me in my start up business. The family is my biggest strength which helps me try to break the shackles of the taboo called sex and education. As it’s just a start and I introduce some basic items and in future add more like ladies condoms, sanitary napkins and V care kits,” said Jain.

Other then breaking the taboo and aware people, Arjun Jain has a social responsibility in mind to donate some amount of profit to the Lakshya trust in Vadodara. “Before the start of the venture I talked to Manvendra Sinh Gohil Prince of Rajpipla and founder of Lakshya trust and be was very impressed with the idea. He is the first gay prince who came out in open to disclose his identity is also working for the LGBT community. So I decided to donate 100% profit on 1st month and then continue to donate 30 to 50% to Lakshya trust working for LGBT community in Vadodara,” said Jain.

The facility is available only in Vadodara now and Arjun Jain has the dream to spread it to the other states and cities. The people can place order on Contraceptive On Wheels FB page or on mobile 08320260199 by calling or sending message.