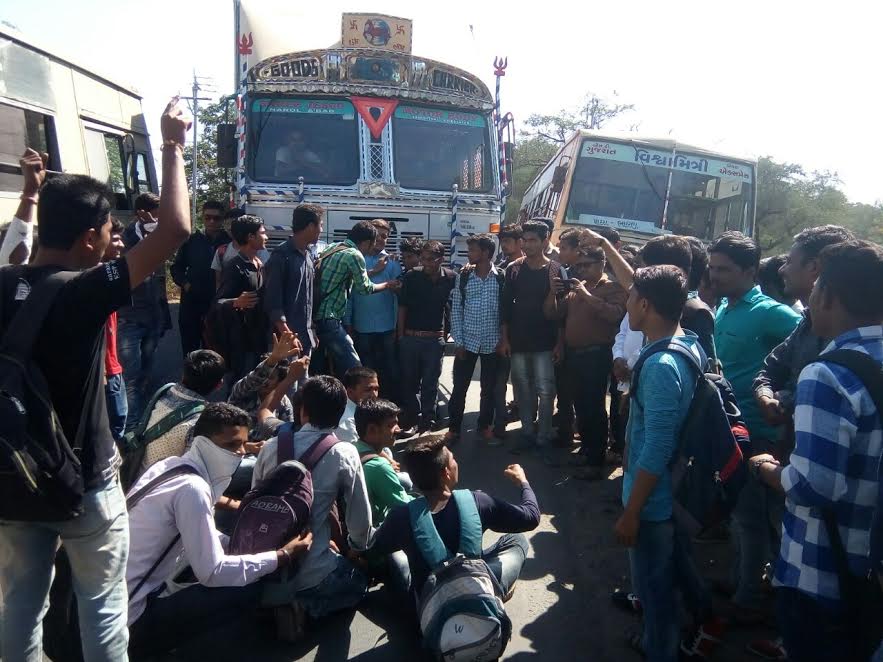 Around 400 students of various villages of Padra and Jambusar disrupted traffic at Mujpur crossroads demanding regular buses for them. Due to the Chakkajam traffic was disrupted for nearly six hours and Padra Borsad highway was totally stopped and long lines of trucks were there. The police and ST department reached the spot and end the matter after give assurance for more buses on the route. Around 400 students used to go to  Borsad college from Padra and Jambusar daily but due to less and irregular ST buses they are facing troubles. Due to this the helpless students either used to take private buses to reach their college or forced to skip.

After many complaints to the Jambusar and Padra ST depots the situation was not addressed by the department. Fed up with the situation the students on Wednesday disrupted traffic at Mujpur crossroads on Padra Borsad road. The students halt the traffic for six hours which results in total stoppage of any vehicular movement on Padra Borsad road. The people were stuck due to the Chakkajam and the students are not listening to anything even the police. Later the ST department was called to solve the situation.