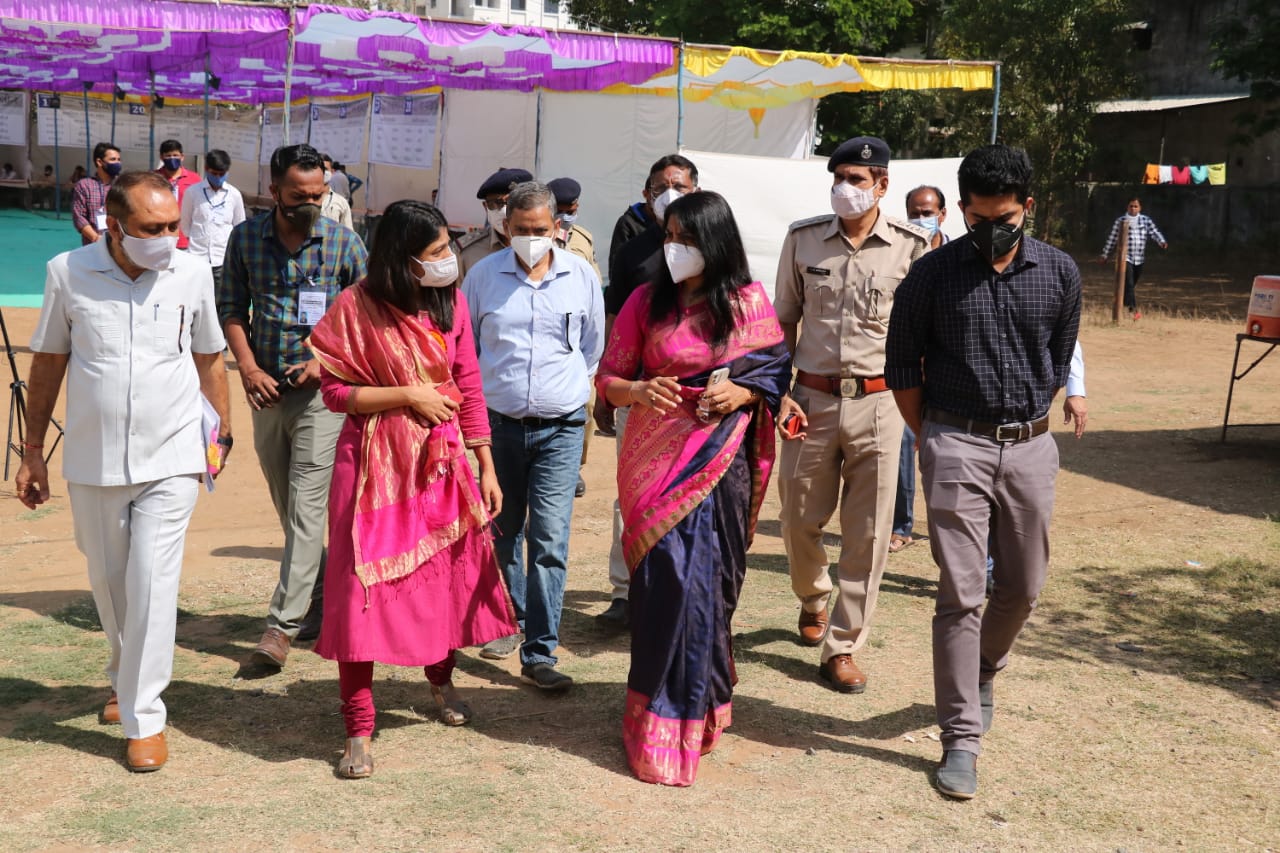 Collector and Chief Electoral Officer Shalini Agarwal closely inspected the election material dispatch operation and gave necessary guidance to the officials regarding polling of District-Taluka Panchayats and Savli, Dabhoi and Padra Municipalities scheduled on 28th February from 7 am to 6 pm.

She said all the preparations are complete as per covid guidelines and special arrangements are there for the divyangs as well as senior citizens, pregnant women and others. The dispatching work is carried out with strict guidelines and police security. In view of Covid guidelines health teams are present at each mandaps and police deployment is also there at the dispatch and receiving centres as well as in buses and routes.

As far as elections is concerned, Collector Shalini Agarwal said the health teams at the booths will ensure to check the temperature of the voter, sanitise their hands and make them wear gloves while their cast their vote. The staff also will have the health kit with them to observe the strict Covid 19 guidelines and conduct polling with safety. In sensitive and hypersensitive booths group mobile, sector police mobile, sector magistrate, QRT’s, striking forces and armed police are deployed to ensure safe and peaceful polling. The security is also there ar the strong rooms.

There are a total of 9,61,830 registered voters for the Vadodara District Panchayat and 8 Taluka Panchayat elections in the district. This includes 4,96,440 male, 4,65,379 female and 11 other voters. A total of 1174 polling stations will be set up for Vadodara district and 8 taluka panchayat elections so that all these citizens can exercise their voting right, added Collector Shalini Agarwal.

Polling for district and taluka panchayat elections of Vadodara district as well as elections for Savli, Padra and Dabhoi municipalities has been held on 28th February from 7 am to 6 pm.

Concerning which, District Election Officer and Collector Shalini Agarwal has made a special request to strictly follow the guidelines of Covid-19 at the polling stations. It is very important that every voter should come to cast his vote wearing a mask. Voting staff will also be given face shields, gloves, sanitizer as part of the health kit. The temperature will be checked with a thermal gun.

She said that strict measures have been taken by the system to ensure safe voting. Masks, face shields, hand gloves, sanitizers, PPE kits will be kept at each polling station. Every voter and polling station staff and officer must strictly observe social distance.

Shalini Agarwal further said that the details of the ward / seat can be viewed online on the State Election Commission website sec.gujarat.gov.in. Helpline number 18002337701 will be given for guidance to voters on election day from 8:00 am to 5:00 pm. In addition, voting details can be viewed every two hours on the website sec-poll.guj.nic.in.