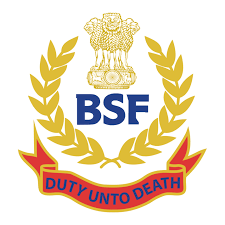 The Border Security Force (BSF) and Indian Coast Guard have been put on high alert along the Gujarat borders after informational inputs revealed that Pakistan Navy-trained terrorists and commandos are trying to enter the Gulf of Kutch in small boats.

Border forces have been warned by the intelligent forces that Pakistan-trained commandos and terrorists are trying to enter the Gulf of Kutch and Sir Creek area in small boats. High alert has been sounded in coastal Gujarat after receiving intelligence inputs about possible underwater attacks on the coasts of Gujarat and other ports.

Gujarat Coast Guard has received intelligence inputs that Pakistan-trained commandos have entered the Gulf of Kutch through Harami Nala creek area .These commandos are heavily trained in carrying out underwater attacks and attacks on ports and ships.
Advisory has been issued by several ports along the Kutch coastline and also by private port operators like the Adani Group that crew the Mundra port in Gujarat.

The advisory issued by Adani Ports in connection with the alert said that Security Level 1 alert has been sounded across the port and shoreline.

All the stakeholders, vessels and officials have been asked to remain allert and immediately inform authorities if any suspicious activity is seen in the waters, port area or shore.

Heavy deployment of security officials is been done on Thursday across all ports following the input and security measures remain enhanced to the top level and instructed to be alert and immediate action.