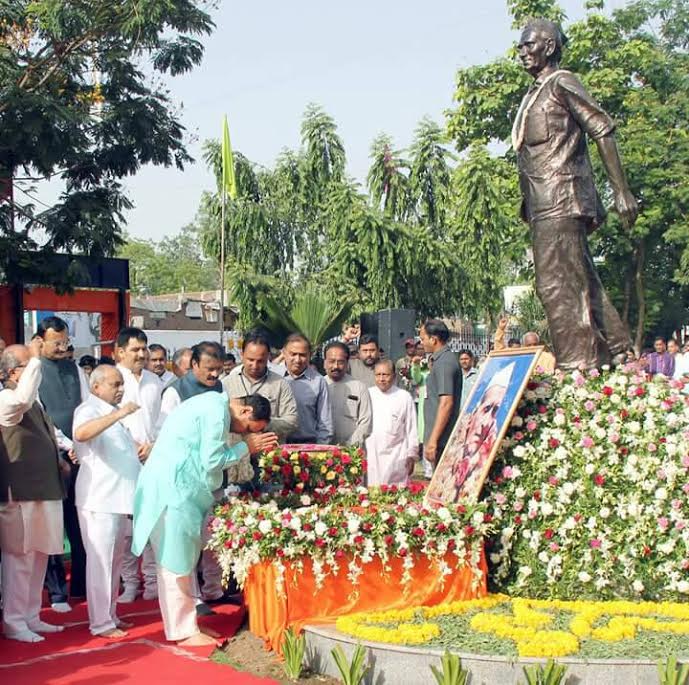 Gujarat Chief Minister Vijay Rupani on the beginning of 57th Gaurav divas and formation day of Gujarat paid tribute to statue of the pathfinder of Mahagujarat movement Pujya Indu Chacha. He greeted people of Gujarat for the state-level celebration of 57th Gujarat formation day being celebrated at Ahmedabad. CM Rupani said that the youth across the state were joined in Mahagujarat movement and they fought for freedom. It was the imagination of the pathfinder of Mahagujarat Movement Indu Chacha that “Our Gujarat should become role model in the world” and it was his feeling that development of Gujarat and Gujaratis could take place as well, he added. Let us all realize the mantra of “Collective Efforts with Inclusive Growth” given by Prime Minister Mr. Narendra Modi.