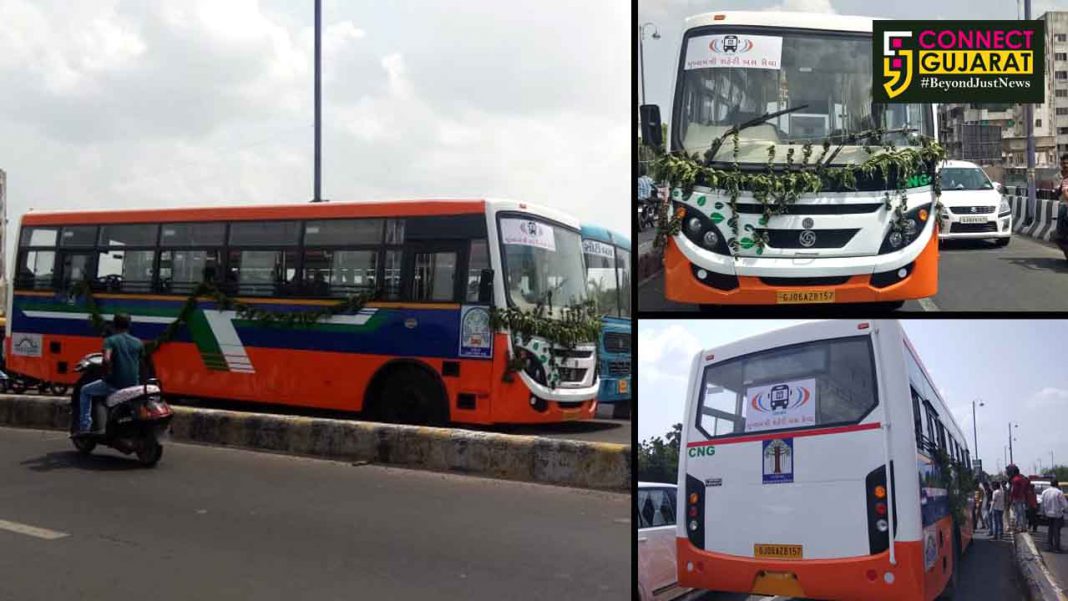 Breakdown on Lalbaug bridge cause traffic jam for hours

The city bus service started under Government of Gujarat smart city project falls flat on the very first day of its operation in Vadodara. One of the new bus breakdown on the Lalbaug bridge cause traffic jam for hours. Later the bus was towed from the place.

The bus was heading towards station from Tarsali when it developed some technical issues and breakdown on the Lalbaug over bridge. The traffic was affected due to the bus which stand there for hours.

The bus service was inaugurated by Mayor Dr. Jigisha Sheth under CM city bus service, where 10 buses are added to the running fleet of 150 ones. The buses started running on city roads from Thursday and one of them breakdown on the Lalbaug bridge caused traffic jam. The bus was later towed from the spot.