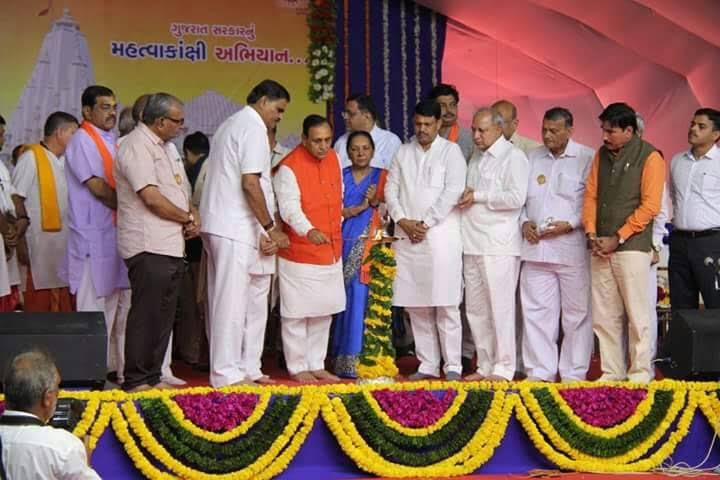 He unveiled advanced website of the state pilgrimage development board and pilgrimage campaign logo as well. He said that it is magnificent step to make pilgrimages of Gujarat completely clean by handing-over high class cleanliness work for 24 hours to national level agencies. In this context CM Rupani said that generally people are expecting well maintained cleanliness at pilgrimage places. Gujarat has taken the lead in India as a magnificent step of cleanliness in eight pilgrimage places across the state. As per this decision not only temples but the connecting paths of the temples and temple campus will also kept clean. The vision of our Prime Minister Mr. Narendra Modi and awareness of people with comprehensive initiative of Gujarat to join in Swachch Bharat Abhiyaan will be fulfilled. Tourists will themselves become Gujarat’s brand ambassador after observing cleanliness at our pilgrimage places, he added.

CM Rupani said that the work begin from Somnath is always become successful and this work of cleanliness will converted in ideology as well. Work of Girnar rope-way is being done quickly. He also outlined about the progress of developmental works functioning at Pavagarh, Palitana, Ambaji, Dwarika, Dakor and Shamlaji.