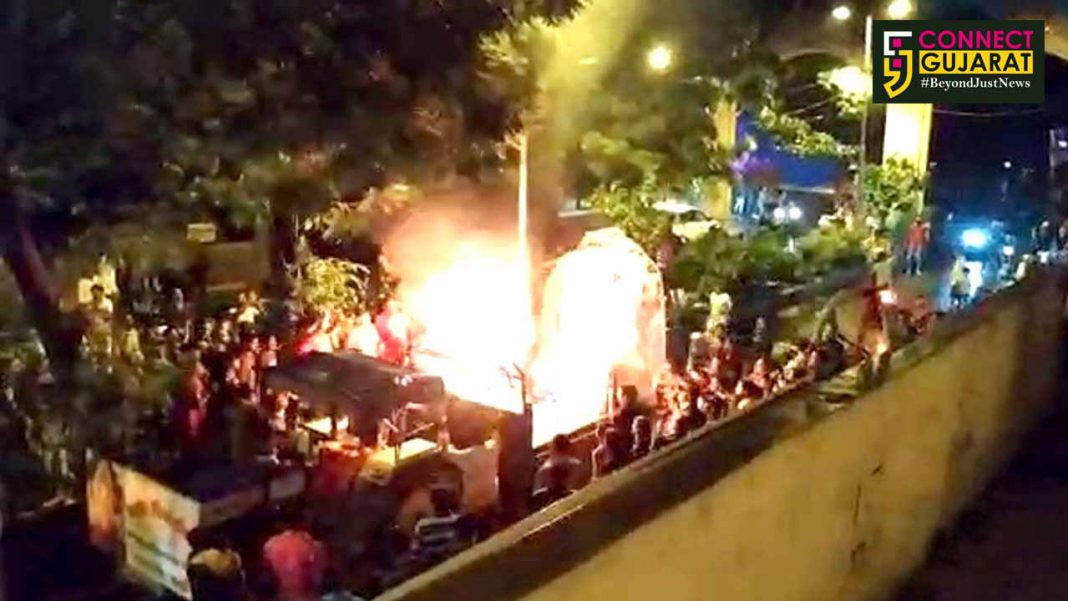 It’s a close save for the people part of a Ganesha procession in Vadodara when the generator suddenly caught fire. People run for safety after the flames engulfed the generator and a major tragedy was averted.

This year various ill fated incidents happened in various cities of Gujarat where people died after electrocuted. This latest incident came to light from Vadodara where youths of Ranavaas Yuvak Mandal had a close shave after the generator part of the Ganesha procession suddenly caught fire. The incident shocked everyone and all run for safety after the fire spread wildly.

The fire was later controlled after lots of efforts but a major tragedy was averted as the generator might blast due to fire. Finally the people had a sigh of relief and thanked Lord Ganesha for his blessings on them.