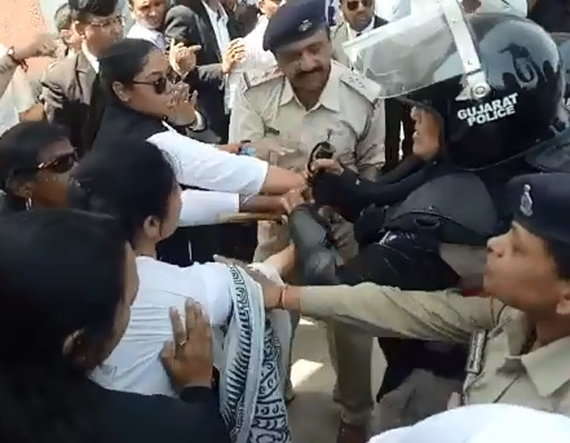 After the ruckus inside the new court building on the first day the lawyers went on indefinite strike from Tuesday at Vadodara. However in between there was heated argument between the women lawyers and police which heated up the environment for quite sometime. 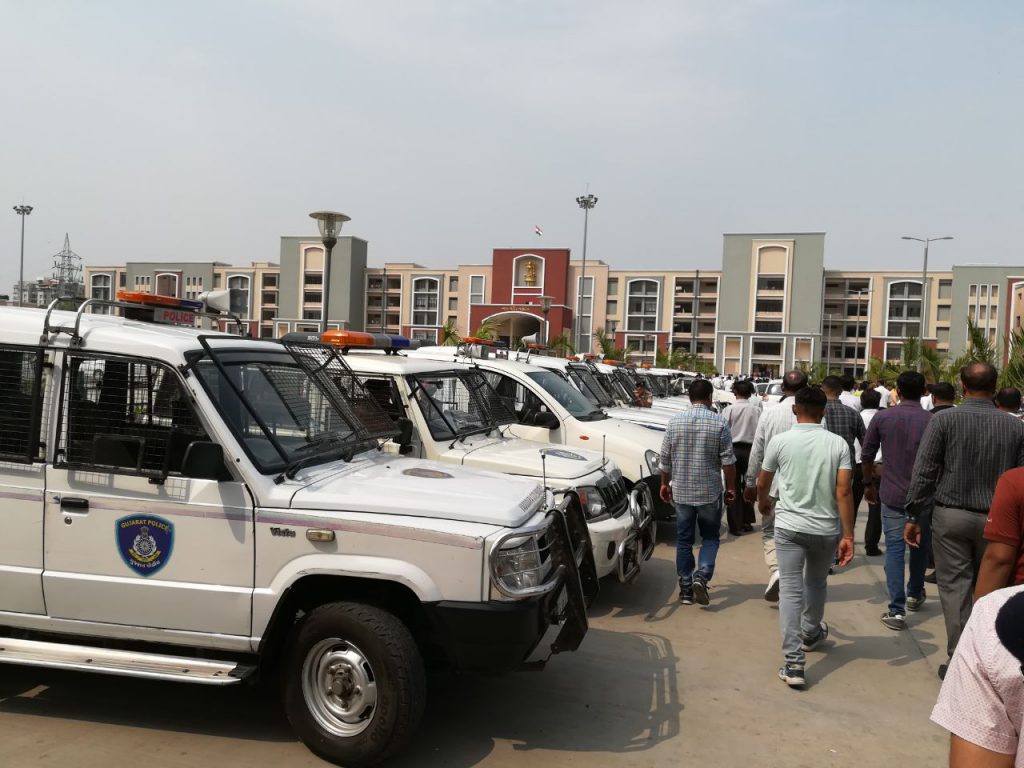 The lawyers gathered at the court premises and sit on indefinite strike raising their demands of proper sitting arrangements and remove the police force from inside the court premises. They shouted slogans against the District Judge and police while the women lawyers sing Ramdhun there. 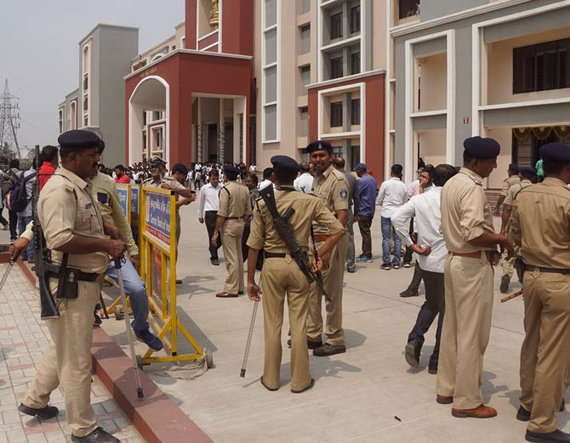 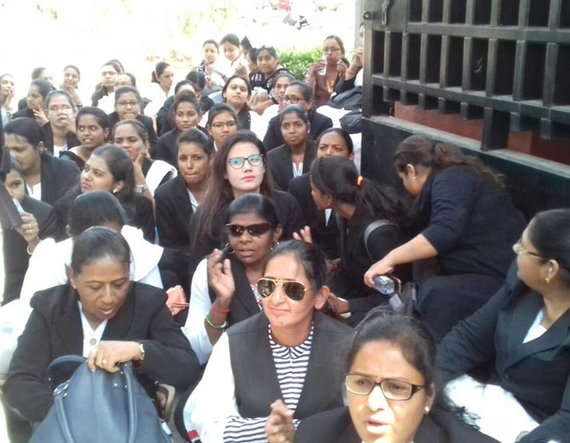