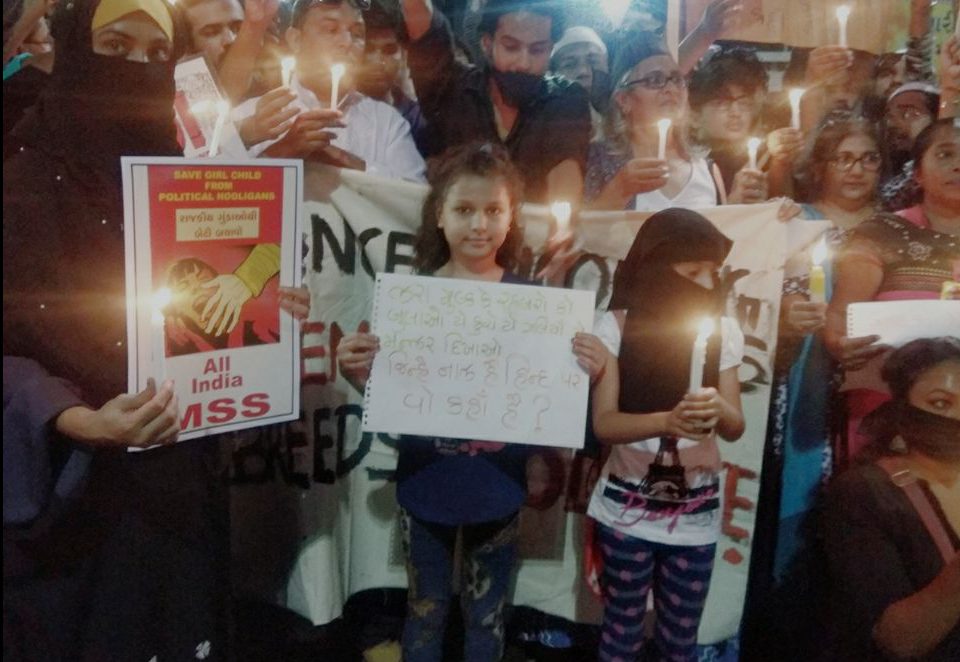 The whole nation is protesting and demand justice for the brutal killing of eight years old Asifa. Citizens of Vadodara also join the protest and took out rallies with placards and messages to stop such violence and demand stricter punishment for the accused.

On Sunday the students of MSU took out a rally from Fine Arts to Social work faculty demanding justice for the brutal killing of eight years old Asifa and demand stricter punishment for the accused.

Secondly citizens of all cast, NGO’s and specially little girls joined the candle march to demand justice for Asifa. With various placards spreading the message of non violence against girls they started the rally from Fatehgunj petrol pump till Kalaghoda.