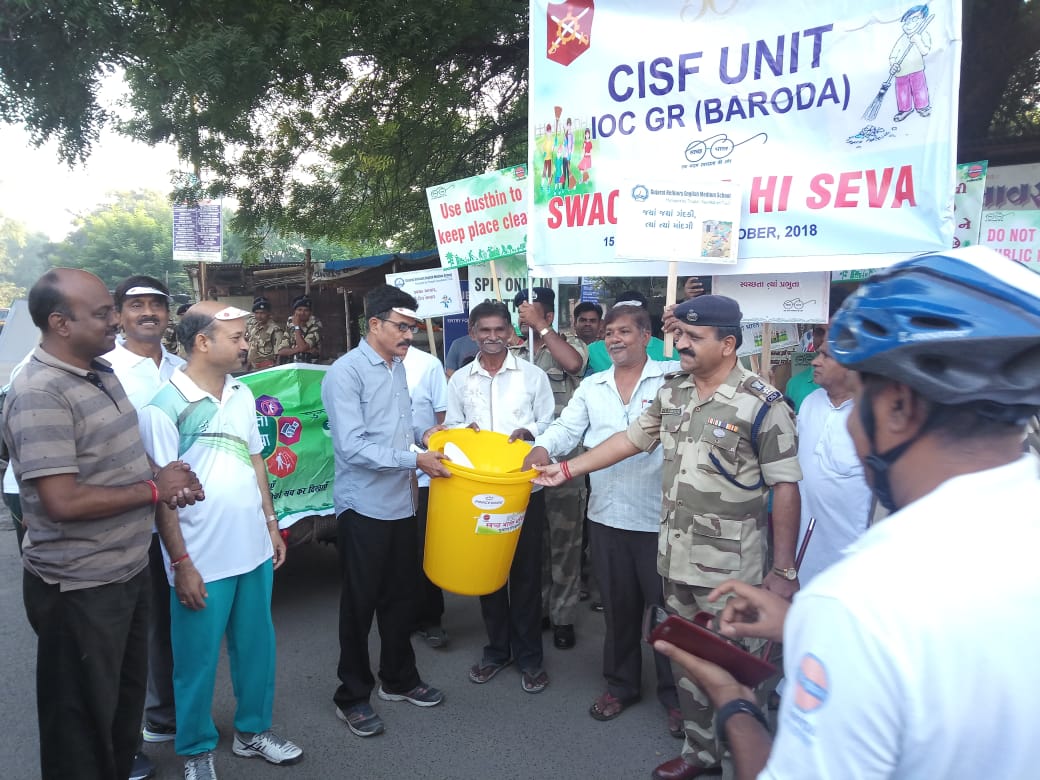 Formed human chain and performed skit on the theme

After the announcement of Swachhata Hi Seva Movement by the Prime Minister various government and semi government offices follows the same and involve in cleanliness drives. Different awareness programmes are also run by them to spread the message in people about observe cleanliness.

A similar programme was organised in the CISF unit at Gujarat Refinery in Vadodara on the occasion of Swachhta hi sewa movement. A human chain in shape of India was created by CISF and IOCL employees to spread the message. They also present a skit on the theme where Commandant VK Kakkar, ED IOCL Baroda Sudhir kumar along with the family members remain present at the programme.