Chirag Sisodia appeared in board exam with heavily bandaged leg 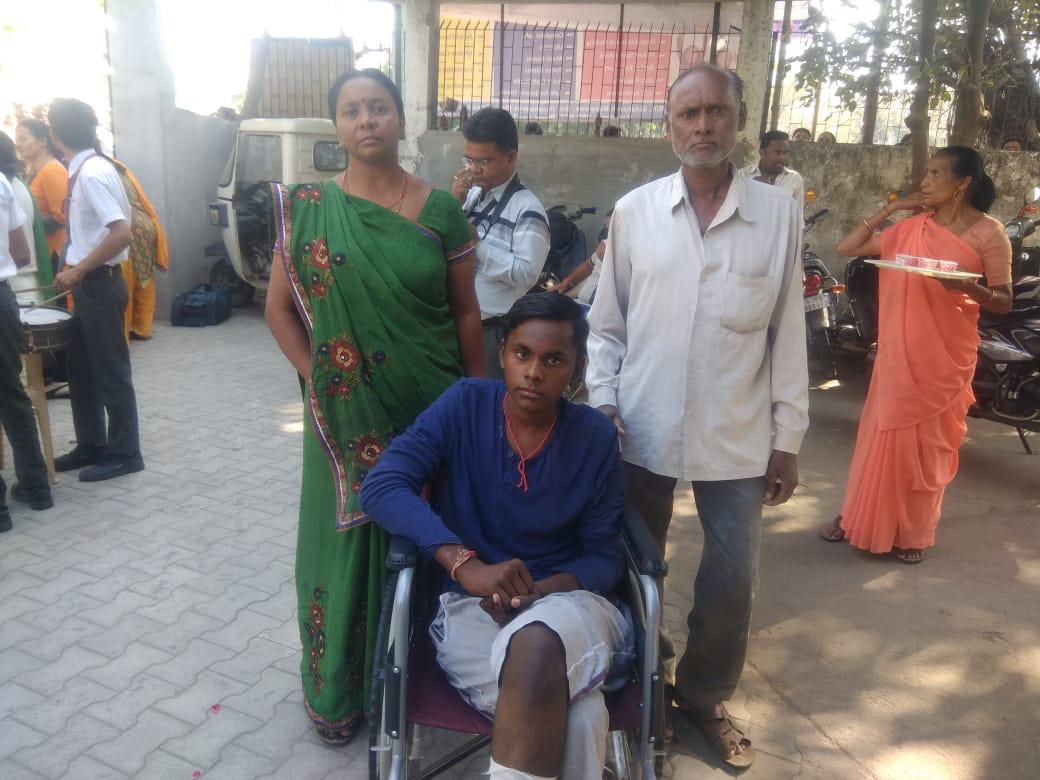 Received 15 stitches on his leg after met with an accident.

It is often said that strong belief to do something never stops you to achieve the target. Chirag Sisodia a board student in Vadodara set the same example for others after he appeared for the exam with heavily bandaged leg. He received 15 stitches on his leg after met with an accident week before his board exams.

Board exam started in Vadodara with great enthusiasm as students appeared for their first paper on Thursday. Chirag also reached his centre with bandaged leg and appeared in his exams. 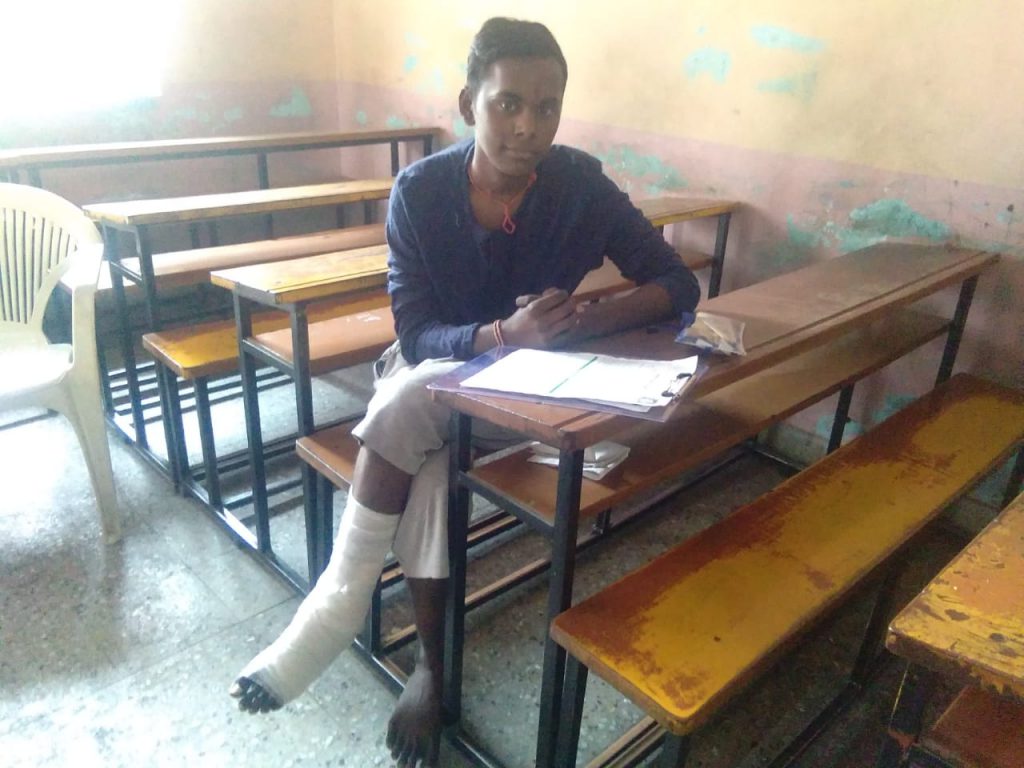 Lives in Swad quarters Chirag studies in Lal Bahadur school at Karelibaug area. A week before his board exams he met with an accident and seriously injured on his leg. He was admitted in a private hospital and received 15 stitches on his leg. Doctor advice him proper rest but he continue with his preparations and appeared for his exams.

Chirag arrived on a wheel chair and looks relaxed and confident before his exams. Inspite of his condition he wants to appear for his board exams as his whole year is at stake. He not only appear in his exams and confident enough for good results.

His father works inside a flour mill and takes his son for dressing every second day. He support the decision of his son and hopes he will perform well in his board exams.