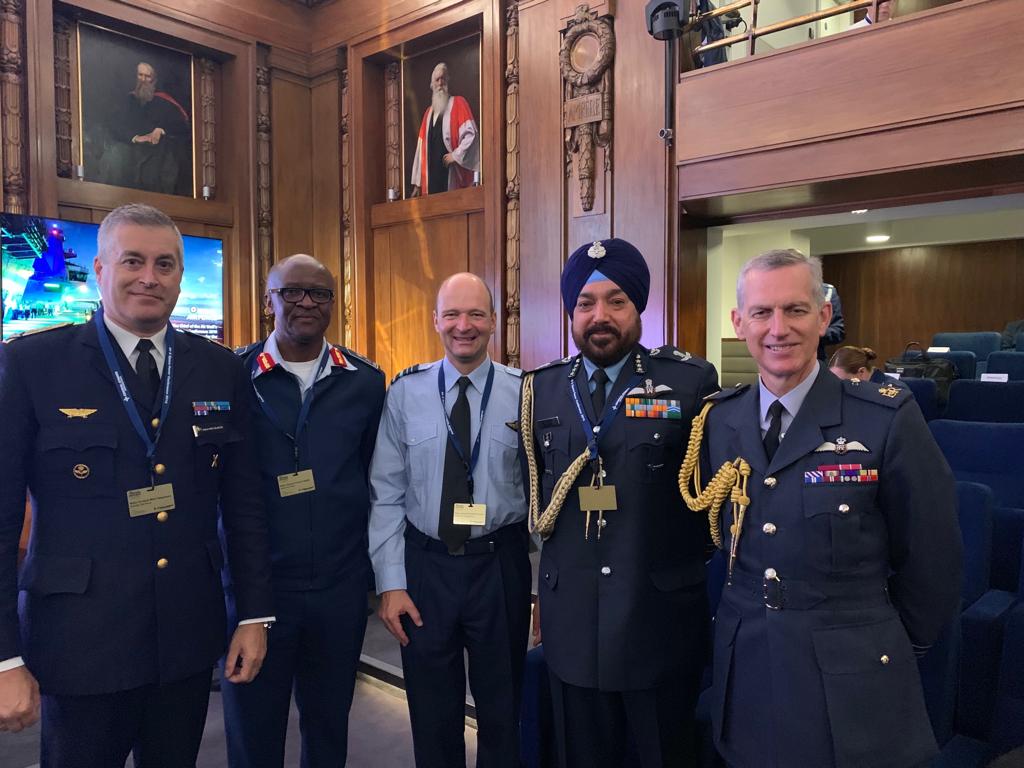 Theme was ‘Multi-Domain Operations for the Next Generation Air Force

The Chief of the Air Staff’s Air and Space Power Conference 2019 was held in London with an aim to address the key strategic challenges and make progress towards the next generation of air and space power. Air Marshal HS Arora AVSM ADC, Air Officer Commanding-in-Chief South Western Air Command attended the conference from Indian Air Force amongst international air chiefs and military commanders from 39 countries and NATO. High-ranking delegates, business leaders and professionals from across the spectrum of air and space industry also participated in the conference.

Organised from 17 Jul to 18 Jul 19 the theme of the Air and Space Power Conference was ‘Multi-Domain Operations for the Next Generation Air Force’. During the Conference emerging technologies and opportunities for innovation in the air, space, cyber and artificial intelligence spheres were highlighted.

The conference highlighted Utility of Air and Space Power in sub-threshold and Grey Zone Scenarios including rise of unfriendly activity across a range of domains that falls below the threshold of actual conflict or direct military action.

During the visit, Air Marshal HS Arora also witnessed The Royal International Air Tattoo (RIAT) which had over 245 aircraft from over 25 countries on display.