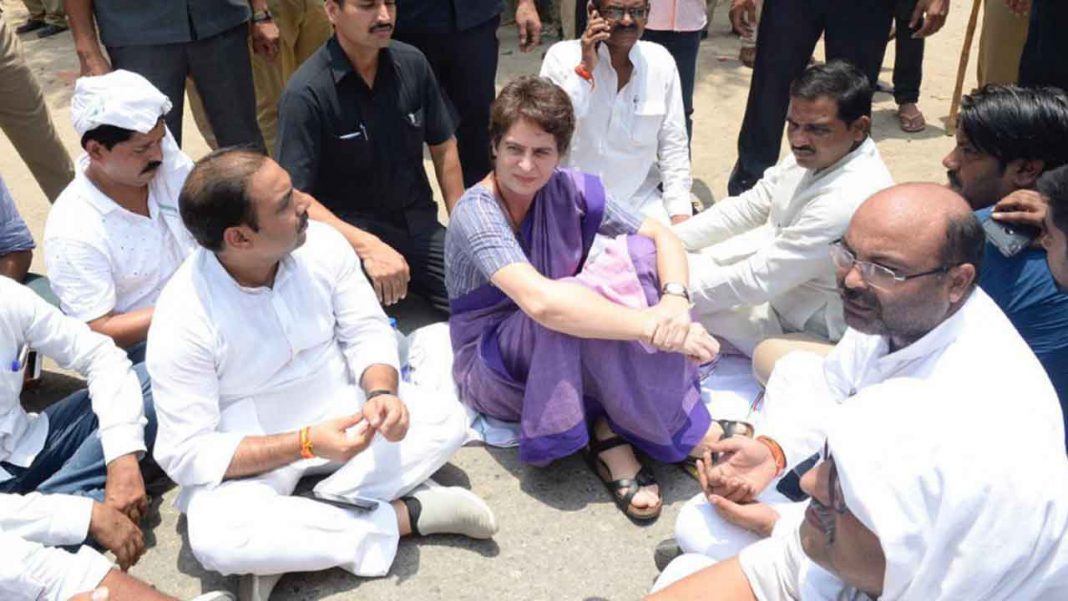 Congress general secretary Priyanka Gandhi Vadra has been detained near UP’s Mirzapur on her way to Sonbhadra, where Section 144 has been imposed, to meet the families of those killed in firing over a land dispute. The Congress leader sat on the road during a dharna with her supporters and was soon taken into preventive custody.

Refusing to back down, Gandhi told reporters, “We won’t be cowed down. We were only going peacefully to meet the victims’ families. I don’t know where they are taking me. We are ready to go anywhere.”

on a dharna, Priyanka Gandhi said, “I am coming from BHU, I saw an 11-year-old kid with bullet injuries. 10 people were killed and now I want to meet the families of the victims but I am being stopped without any reason. I have asked administration to inform me under which law I was stopped, there is no imposition of section 144 in Sonbhadra either. I will be sitting here until the administration tells me why I was stopped in Mirzapur and no body can stop me from meeting the families of the victims.”

Ten persons were killed and over 24 injured in clashes over a land dispute in Sonbhadra district on Wednesday. According to reports, the incident took place when a dispute arose over a piece of land between the Gujjar and Gond communities.

Police have so far arrested 24 people in connection with the case for the mass murder and is conducting raids to nab all the accused. The village head Yagdutt, his brother and others were charged under the SC/ST Act on the plea of a local named Lallu Singh.