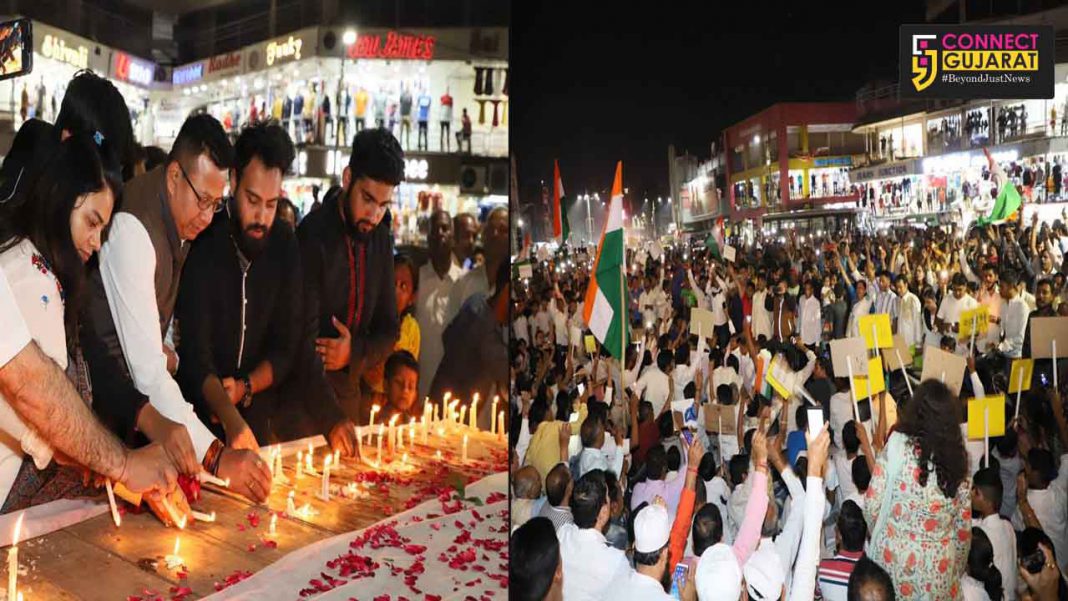 Demand justice for the martyrs of Pulwama

Chhatra Sansad hosted a tribute meet for the CRPF martyrs in Vadodara attended by thousands of people. They all condemn the cowardly attack on the jawans and demand of strict action by the government.

More than 5000 citizens joined Chhatra Sansad to pay tribute to the Pulwama martyrs. Ex army officers, commissioner of police, all religious heads, msu student unions came on one platform and paid their tribute. The student organisation also released a list of 30 organizations/institutions in Kashmir who needs to get questioned by the Indian government and teach them nationalism lessons.

The Chhatra Sansad demand from the youth of Pakistan to pressurise their government to
hand over Masood Azhar, the killer and terrorist and coward. They also urge the government for weapons modernisation which is call of the day.

“We condemn the cowardly attack on our jawans and as youth of India pledge to stand with our government and our armed forces in hour of emergency and crisis. Well equipped vehicles and weapons are of utmost need for our soldiers. We need strict action by the goverment in this attack on our soldiers. We the  100 of our volunteers have signed up for our campaign to enroll for the army and are willing to fight for our nation,” said Kunal sharma Founder Chhatra Sansad.